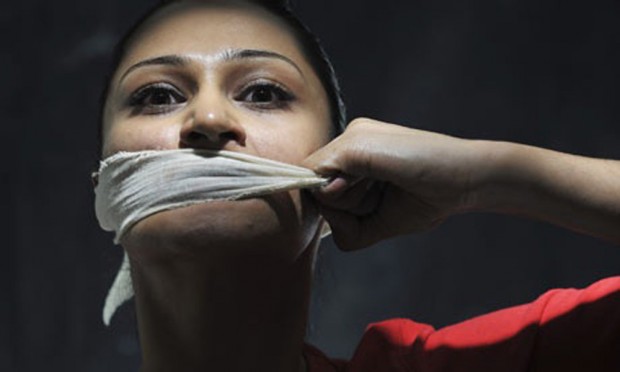 Censorship appears to be simple, but is actually quite complicated. It is a slippery beast, bristling with paradox and contradiction. One reason for its seeming simplicity is that censorship makes liberals look good. It is so obviously wrong that fighting it confers on the fighters the laurels of moral rectitude, aesthetic modernity and plain common sense. Doesn’t it feel great to have right on your side? If censorship did not already exist, in so many different forms, liberals would have had to invent it.

Censorship is universal, in the sense that all societies practice it, in one way or another. But its anthropological commonality should not conceal the fact that censorship always has a history. In British theatre, for example, one of the great sea-changes occurred in the 1960s, when a profession that was mainly conservative (socially as well as aesthetically; in its audiences as well as its key figures) became increasingly liberal. In 1968, when stage censorship was abolished in Britain, this looked like a triumph. But isn’t there something a bit too comforting, not to say complacent, in this narrative?

So before we pat ourselves on the back for abolishing censorship 40 years ago, it’s worth pointing out that Britain was one of the last countries in what was then called the Free World to abolish such controls. Since most other countries managed to do it long before, it’s best to avoid crowing too loudly. Abolition is usually constructed as a narrative of cultural liberation. Before 1968, the story goes, an authoritarian model of censorship ruled British theatre. True, before they could be performed, all plays had to get a licence from the Lord Chamberlain’s office, but if in theory the censor was authoritarian, unaccountable and undemocratic, in practice the process was one of negotiation — his edicts were contested by liberal artists, and a compromise reached. Surely, a very British solution. One of the paradoxes is that while progressive opinion argued that censorship was a bad thing, the late 1950s and 1960s were a golden age for British dramatists. Was the conflict with the censor one element that contributed to creativity? Another problem with the narrative of cultural liberation is that it ignores the fact that the will to censor remains alive and well, reborn in every generation.

Since 1968, the nation’s moral guardians are no longer concentrated in the centre, but are diffused throughout society. The authoritarian model has been replaced by the plaintiff model. Over the past 40 years, there has been a spawning of censorious activity by religious groups and reactionary newspapers, by pressure groups and moral vigilantes. Open censorship is replaced by invisible censorship, whose aim is mental closure. Sometimes these invisible forces become visible: a good example is the stopping of performances of Gurpreet Kaur Bhatti’s 2004 play Behzti (Dishonour) by Sikh protestors. Her response, writing a play — Behud (Beyond Belief) — about the case, is exemplary.

For theatre, the problem is that while you can contest moral absolutism by appealing to reason, there’s very little you can do about rhetoric which effectively closes down debate, when the argument is reduced to the discourse, current in many areas of culture since the 1980s, of “bums on seats” and “give the public what it wants”. When dumbing down and anti-intellectualism rule the roost. This kind of discourse marginalises the voices of artists who might want to take risks, to investigate or to criticise.

Abolishing censorship doesn’t stop people being censorious, it merely makes them more ingenious, or crass, in their methods. The paradox is that although British theatre has moved from being one of the most heavily controlled art forms to one of the least censored, the stage is still affected by a whole variety of restrictions. When the law on censorship is abolished, other legislation can act as the continuation of censorship by other means. For example, laws which were originally meant to control morality can be used to impede theatrical work. In the case of Howard Brenton’s The Romans in Britain, the play’s director, Michael Bogdanov, was charged under Section 13 of the Sexual Offences Act of 1956, a law usually used to charge people having sex in a public place. In the case of Mark Ravenhill’s Shopping and Fucking, the law which bans part of its title is the Indecent Advertisements Act of 1981, which updated the original Indecent Advertisements Act of 1889, a Victorian law designed to stamp out the adverts that prostitutes used to put in shop windows. In this way, laws designed to police real-life activities are used to attack the representation of other, if similar, activities. (This assumes a confusion between real life and fiction that would disgrace a ten-year-old. Or maybe it is adult plain bad faith.)

Censorship’s best weapon today is psychological war. Censorious groups constantly wage a mental campaign against anything they regard as too dangerous, too immoral, or too experimental to be subsidised by the state. A psychological climate may be harder to document than the use of laws but it can be equally effective. One area where the creation of a negative psychological climate — or public mentality — can interfere with freedom of artistic expression is to libel a play, in other words, to give it a bad image. For example, Shakespeare’s The Merchant of Venice is widely seen as racist; John Ford’s ’Tis Pity She’s a Whore has a dodgy title; Howard Barker empties theatres. These psychological aspects of the creation of a negative public mood also suggest that morality is a sharply contested terrain. With the diffusion of the censorious impulse, concerned citizens now use a variety of threats: and authoritarian populism gradually suffocates liberalism. Its rhetoric is simple, indeed crude, but apparently effective. Instead of discussing moral choices and justifying values, the discourse has shifted to more practical grounds: the impulse to censor accepts that the battle over traditional morality is increasingly hard to win, and moves on to dispute the right of artists to get state funds for work that may offend the tax-payers’ sensibilities.

Theatre is a live art form — that is its most distinctive characteristic. Does this mean that it is inherently uncensorable? If only.

The most universal censorship is performed by language. Language is always being policed by usage, convention and censorious social codes. However, because language is inherently fertile, fluid, alive with new metaphors and new meanings, it can always outwit the censor. In so far as liberal society tolerates jokes and slips of the tongue, it more effectively controls all cultural products. On the other hand, because of the instability of language, the most brutal censorship — the cutting out of a tongue or the banning of a language — is doomed to fail.

The stricter a system of censorship, the more fragile it is. The more puritanical the system, the more vulnerable it is to unconscious subversion. The slip of the tongue, the misspelt word and the irreverent joke are all terroristic devices wherever severe controls are in place. Whether or not the unconscious is structured as a language, it will always disrupt language. The fart that echoes in a church is more effective than the treatise that moulders in a library.

There is no such thing as an unshockable audience, or an unshockable person. So don’t kid yourself. By its very nature, shock comes as a surprise; it happens when least expected, when your defences are down. When you experience it, however momentarily, it serves to redefine your sense of self. It draws a boundary; it punctuates illusion. And who is to say when the next shock will come?

Can censorship be avoided by allowing anything and everything? A stupid question: this permissive fallacy assumes that tolerance can be extended indefinitely. History, however, suggests that toleration, permissiveness and indifference can only react to, rub up against, some idea of prohibition (whether legal, mental or imaginary). Without such boundaries, freedom has no meaning. In fact, in all societies, one can only imagine what freedom is by actively looking for prohibition.

One of the best methods of censorship is to ignore, to turn your back, to deprive something of the oxygen of publicity. Because the more strongly you ban, the more interest you attract. Of course, censors have no choice. They are motivated solely by the desire to ban. If the censor could ignore the offensive, they would not be a censor. They would be simply banning themselves. Joining the dole queue. Nevertheless, the most effective form of censorship is self-censorship. The idea that one can be against all censorship, or believe in the absolute freedom of the individual is a powerful, but pitiful, illusion. (Indeed, plagiarism would inevitably result from complete artistic freedom.) What the confident declaration of total freedom always ignores is the power of self-censorship. This is perhaps the most beautiful form of control since it requires no blue pencils, no office buildings and no legislation. All it needs is the faltering of individual bravery, supported by a collapse of collective courage. The second most effective form of censorship is economic. It’s quiet, it’s safe and it’s highly effective. Because economic censorship is so effective, it is so rarely discussed. After all, there is simply too much to say.

Liberals have hitherto only defended themselves from censorship; the point is to provoke it. Come on liberals, one more push and you will become radicals!

© An earlier version of this article appeared as ‘Concerning censorship’, in Caridad Svich (ed), Out of Silence: Censorship in Theatre & Performance, Roskilde: EyeCorner press, 2012: pp 297-301.