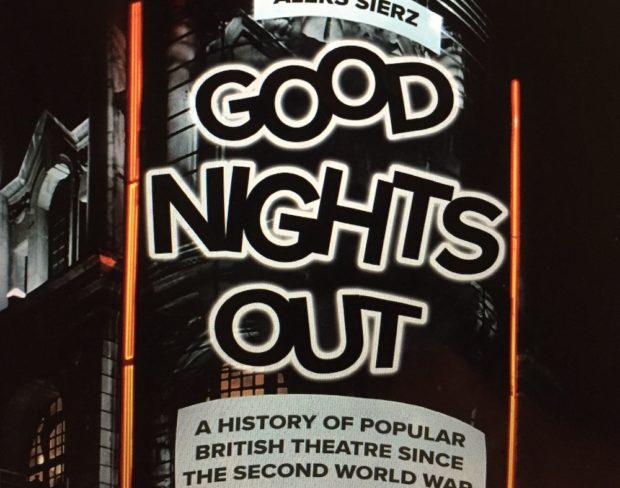 All books about popular theatre, the shows that people have actually queued up to see, must confront the snobbery of some traditionally minded intellectuals. Cultural snobbery involves a suspicion of commercial success, a denigration of ordinary people’s taste, and a patronizing preference for the culturally significant over the popularly enjoyed. Although most common in the past, it is still alive today.

One of the reasons for the longevity of snobbery is the surprising survival of what I call the literary gaze. The literary gaze is the habitual privileging of theatre as literature, of the text over other aspects of performance, such as acting, design and music. You can see why the literary gaze has proved so influential. Because all performances are ephemeral, unless they are recorded on film, they remain only in the memories of their audiences. Everything solid about a performance melts into air. What retains a physical presence is the printed text, which can be bought, studied and argued over. Performance is fleeting; the playtext permanent. As such, the irresistible temptation has been to focus on the printed literary word, and treat it not as a blueprint for a live event, but as a published book or novel. Under the intense glare of the literary gaze, the printed playtext is expected to yield its secrets to the close-reading of the critic in the same way that a novel gives up its meanings, its metaphors and its significance.

Many histories of postwar theatre look at events from the intellectual point of view exemplified by the literary gaze, which sees plays as examples primarily of Eng Lit, and the effect of this has been to give a lot of attention to new writing and to the canon of great playwrights. If what is needed is a new narrative of postwar British history then surely it should have the aim, to borrow a resonant phrase from another field of history, to rescue the popular “from the enormous condescension of posterity”. So this book intends, as George Orwell once wrote, to give “a fair hearing” to the belly-laughing Sancho Panza side of our collective personality. It tells the story of postwar British theatre from the point of view of the mega-hit. In seven thematic chapters — which cover the topics of war, crime, sex, family, class, history and fantasy — it surveys a selection of the most popular shows that have energized British theatre between 1940 and 2015. If one of its aims is to analyse some of the most successful commercial shows of those seventy-five years, another is to inspire others to investigate this fascinating field still further.