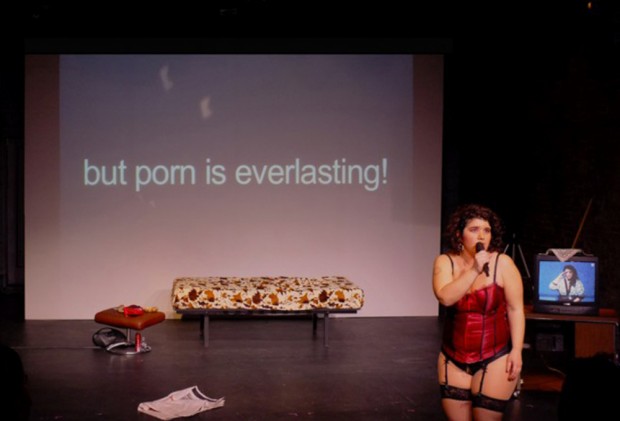 Disturbing news has reached us from Istanbul, where it appears that our more passionate Muslim brothers have tried to censor a new play. A press release tells the story: “The world premiere of Yala Ama Yutma (Lick But Don’t Swallow) written by Turkish playwright and director Özen Yula and produced by an independent theatre has been targeted by religious fundamentalist newspaper Vakit and its readers. The genre of the play is fantastic realism and involves a woman who upon her death becomes an angel and is sent back to earth as a porn star. Though it is a comedy Yala Ama Yutma addresses issues of human rights, women’s rights, and economic disparity both in Turkey and throughout the world.” The newspaper attack led to the closure of the venue, Kumbaracı50, on 8 February, on the pretext that it had no fire escape. Readers of Vakit have also threatened Yula with violence. Despite the support of the local mayor, the future of this production is uncertain. Yula points out that Yala Ama Yutma is not a commentary on Islam and is not speaking against Islam or any religion. His statement that “Freedom of Speech is an essential human right that should be protected by governments. Violence towards freedom of speech should not be tolerated” should surely be supported.