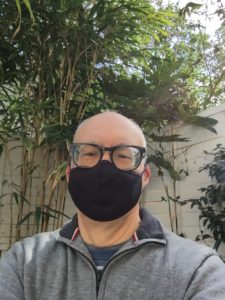 His latest book is Good Nights Out: A History of Popular British Theatre Since the Second World War  (Methuen Drama, 2021).

He is a member of the UK Critics’ Circle and a Fellow of the Royal Society for the Arts.

A journalist, broadcaster and theatre critic at large, he teaches courses on postwar British theatre, playwriting and culture, literature and the arts for the London Programme of Boston University and for several universities in Germany.