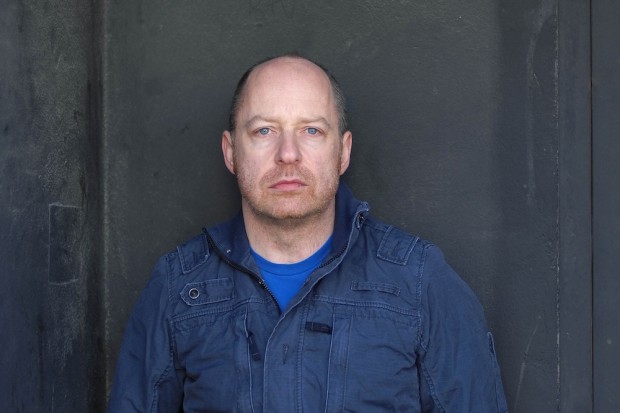 Last Friday, 29 March 2019, was a black letter day. That is because it used to be the date of Brexit, when the UK would officially quit the EU. Luckily, if farcically, that idea collapsed due to the incompetence of Theresa May’s government, although other gloomy dates still loom on the horizon. As the Brexit madness continues, I thought it might be a good idea to highlight April Fools Day this year (in honour of the great intellectual giants of the Leave campaign) by reproducing in full the following piece by Tim Etchells, artistic director of Forced Entertainment, a company who marked 29 March by live streaming a performance of their 1994 classic, Speak Bitterness, from the Frascati in Amsterdam. If Brexit is the bitterest taste in town, Etchells’s eloquence offers a counter-flavour of anger and passion:

“Brexit,” the old Disunited Kingdom saying goes, “means Brexit”, though what that means exactly no one has the faintest clue. Looking left or right for explanation or a compelling coherent plan at this point is to see the words of almost all UK politicians unravelling as an explosive mid-air mixture of dust and laughter. May thinks it’s all going to be okay; Corbyn is opposing by agreeing not to disagree too much.

Don’t talk to us in any case. We have filled our collective pockets with stones and are walking together, eyes down, determined, to the deep water that separates us from the rest of Europe, wherein we are obliged — by means of a pathetically narrow margin in an anyhow non-binding purely-advisory referendum — to jump and plunge, sink, drown or else live forever below the poisoned water, eking out a life through the rules of an agreement so dismal that no one of any political persuasion whatsoever likes it enough to fully support it, or perhaps through the greater void of no agreement at all. As we near what could be the crunch point of the shambles, there are more and more frantic demands that we “put our differences aside and pull together”, lest the sound of dissent or internal strife slow our progress towards the suicide in the cold water that we are apparently committed to sharing. There will be no turning back.

For an organisation like Forced Entertainment, based in the UK and since the late 1980s involved in co-production projects, partnerships and touring throughout mainland Europe and further afield, the Brexit process is at best an ugly unwanted disruption. Thanks to the incompetence of our supposed representatives it’s still impossible, even at this late stage, to say with confidence what flavour of bad it will actually taste like. In terms of funding, we’ve never had Creative Europe or other EU funds coming directly to us, so we’re not about to see a regular or established route of funding for our work disappear. At the same time of course we have been involved in presenting or even making work in contexts supported by those EU funds, so there could be some dwindling of possibilities there.

The only unexpected upside to Brexit thus far might be that the pound sinking to rough equivalence with the Euro, has made us, as exporters to international markets, temporarily advantaged, even as our wages or per diems go less far when we’re out on tour. But that’s it for the positives, as perverse as they are — the rest is all downsides and goode olde pseudo-Dickensian fog. Will our current more-or-less frictionless movement around Europe — making and presenting performances, collaborating on all levels with European partners — become a complex and costly, time-consuming international wasteland maze of carnets, visa applications and onerous irregular taxation paperwork? We just don’t know. Will there even be planes operating legally and safely on and off this prison island on the day after Brexit? No one knows. Will our truck, returning from performances in Amsterdam in April, face a weeks-long wait line at the ferry port on return to the UK thus messing up our plans for the weeks or months thereafter? We also don’t know. Like other international businesses we are quite simply trapped in a state of non-negotiable waiting on these topics and will have to deal with what happens, when it happens, “as best as we can”. There is literally nothing in the political nightmare of the two years since the vote that would give us any hope or expectation that these next steps will play smoothly or well.

From where we are and have long been located — as European theatre makers based in Sheffield, UK — the biggest downside of the Brexit shambles doesn’t come from the kind of pragmatic concerns above. Nor are we especially fearful that our existing and new relationships with producers, presenters, curators and festivals in Europe might falter or cease to develop in the more troubled climate to come. We’re confident of the conversations we’re in, committed to the possibilities and realities of work that crosses European and other borders, sharing creative practice, artistic actions and philosophical and political ideas on an international stage. That will all continue, at least it will as far as we can work to make it so — no doubt more difficult, more complex in structure, as time goes on and harder to finance or organise perhaps, but it will continue.

The concerns we have are more about the political reality Brexit has exposed, amplified and made further manifest in the UK. Whatever else it was, the Brexit vote was a xenophobic, racist one, fearful of difference. Motivated in good part by nostalgia, its goal appears to have been a return to a “United Kingdom” that only ever existed as historical fantasy — land of fairness and decency, forgetting the continuing economic and other brutalities of the class system; international arbiter and influencer somehow minus the blood of Empire.

Theresa May has long been close to the heart of our own particular Xenophobia Express, driving forwards — whilst she was the Home Secretary — the “toxic environment” policy explicitly designed to reduce immigration by increasing misery and intimidation for migrants of any stripe here in the UK. Since then, as PM, she has consistently failed to respect, work for or prioritise the rights of EU citizens living in the UK, as anything other than a bargaining chip, whilst continuing to develop rhetoric that toxifies perception around immigration. It’s well established that post-Brexit there’s been a rise in hate crime and harassment for non-white people and indeed for people of other descents and languages more generally, and there’s an ugly between-the-lines understanding it seems that Brexit is really “supposed” to mean fewer or “fewer visible” foreigners, or “queue jumpers” in the jobs market, as May recently described EU citizens.

The real architects of Brexit (if a slow-motion car crash can be said to have architects) meanwhile are the right wing of the Tory Party working in a grisly disjointed parallel with vested interests (the right-wing press, their respective owners/oligarchs and assorted free-market business ideologues) whose readiness to profit from the chaotic deregulation and social division Brexit summons (taking us outside the zone of EU regulation on labour rights, standards etc — as well as on human rights more broadly — and into a new austerity) is already very much in evidence.

The concern really is how to go forwards constructively in a country like this one on the slippery skids we now share with other reactionary so-called populisms running wild in the US, Hungary, Poland and elsewhere. Democracy struggles to function as it needs to, here and elsewhere, when it is so substantially undermined by political, financial and informational manipulation, on and off the internet, by forces at home and abroad.

Little of this perhaps plays materially into our work as Forced Entertainment (although you can wonder seriously about the prospects for future arts funding here in a political landscape changing as grimly as it appears to be) but it does very much affect the space we are living and working in as human beings and as citizens. It means also that we’re more tuned than ever to the political aspects of our creative work and more mindful of the kinds of unevenness of opportunity and perception that arguably played into the original Brexit vote.

Using some of the resources from our 2016 Ibsen Prize win to finance projects focused on participation, as well as to create development opportunities for younger generation of artists and performance makers, leaves us working harder than ever to make local connections and to support younger artists. We’re looking at the privileged position we have — now and historically — where we are free to move, to create and make links and opportunities abroad, and we are looking for ways to extend those to others — working with young people in different UK contexts as well as with artists who have yet to gain the kind of profile in Europe that Forced Entertainment has.

Above all perhaps we are determined through all that we do, to continue developing the considerable and vital European and international context of our work. Since more or less the formation of the company in 1984 the European connection has been significant for us, in terms of financial support certainly, but more importantly in creative or artistic terms, as dialogue and collaboration with artists, producers, programmers, curators and indeed audiences outside of the UK has been so generative, influential and inspiring in the development of our work.

Brexit, if/as it really unfolds, in whatever form, will likely be a block and a barrier for us one way or another… but it won’t affect our commitment to things that matter.