Robin Soans on playing a vicar 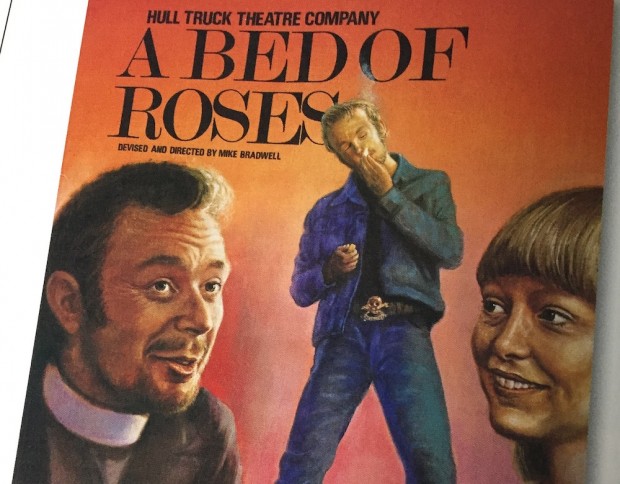 One from the archives: actor Robin Soans remembers working at the Bush pub fringe theatre in West London in the 1970s when the theatre was located in an upstairs room which had no facilities: “When we did A Bed of Roses in 1978, once we were backstage there was no way back to the dressing room, or, indeed, the lavatory. If we needed a pee during the performance it was either a ladder onto the roof and down the drainpipe, or down the backstairs and across the road to the ‘cottage’ on the corner of Shepherd’s Bush Green. I found during the dress rehearsal that I was bursting for a piss and opted for the ‘cottage’. The only thing was I was playing a vicar and at the time was dressed in full surplice, cassock and dog collar. I entered the brick toilet where forty men in tight jeans were fiddling with or eyeing each other’s willies. On the appearance of a man of the cloth in their midst, there was a mass zipping up of zips and within five seconds I had the entire bank of urinals to myself.” (Neil Burkey’s ‘Close-Up Magic’: 40 Years at the Bush Theatre [2011])