About Anything Can Happen 1972 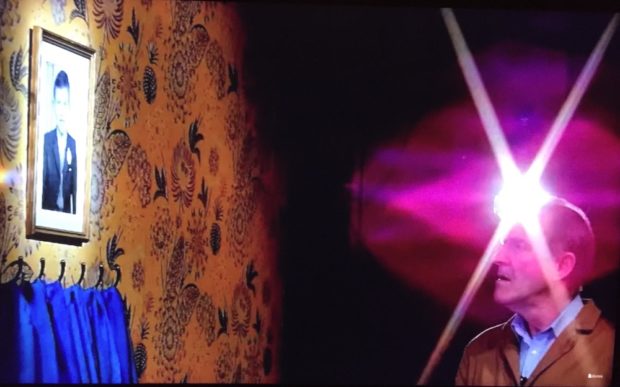 Yesterday I watched a live broadcast from the Playhouse Theatre in Derry. The show was Anything Can Happen 1972: Voices from the Heart of The Troubles by poet Damian Gorman, a mainly verbatim piece which explores the life stories of a group of people who have grim reasons to remember 1972, the year of Bloody Sunday and one of the most violent in the three-decade-long conflict. As you’d expect, the participants — Richard Moore, Victor Montgomery, Hazel Deeney, Siobhan Livingstone, Tom Kelly and Susan Stanley — tell their stories with a powerful mix of simplicity and sincerity. They are, after all, not professional actors. What is so revealing is the complete absence of cliché: these are not gunmen, or political leaders or just victims. Each story is highly individual: a youngster misses the Bloody Sunday massacre because they have been forbidden to attend the march by their parents; a wife survives a murderous hit on her UVF husband even though she’s in the same car; a Catholic teen is furious with the British soldiers but although she takes part in riots she doesn’t join the IRA; a sister is scarred for life by the killing of her brother despite not being born until two months after the ghastly event. The specificity of the stories, and their deeply emotional veracity, becomes gradually more and more moving. Broadcast live, the show has an audience not of people, but of mementos from The Troubles provided by local people, and it would have been good to see these more closely after the performance or during the long interval. Directed by Kieran Griffiths, Anything Can Happen 1972 is a project run by the Playhouse Theatre and Peacebuilding Academy and stars veteran actor Pat Lynch as the caretaker, a narrator figure with his own tragic memories. Despite the excessive use of some rather overtly sentimental music, this verbatim show has a visceral power and eloquence that proves, in the words of one of the witnesses, that “1972 was awful, one hell of a year, but there was life in it too.” Despite the darkness of grief, these personal stories and the sheer density of memory not only radiate pain but also shine with, at times, a distinct sense of forgiveness. Yes, this is a project with heart as well as soul.