Binkie offers an actor a lift 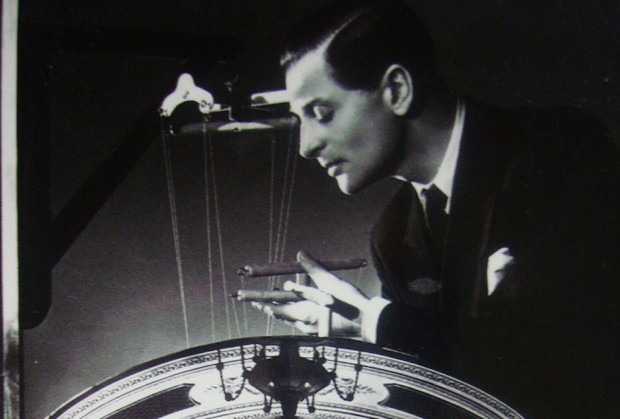 One from the archives: producer Hugh Binkie Beaumont, who dominated the West End in the 1940s and 1950s, had his office at the top of the Globe theatre in Shaftesbury Avenue (now the Gielgud Theatre). To reach it you had to ascend using a tiny lift, which had room only for one person. Some young actors were uncomfortable sharing this with the notoriously homosexual Binkie: “Alexander Doré, a young actor, had reason to pay a visit to the top of the Globe. On his way out he found himself sharing the tiny lift with Binkie. Face to face, stomach to stomach, chin to chin, the proximity was a great strain for one who was already in a state of nerves. Binkie was smiling affably as his eyes flickered appreciatively up and down the actor’s neatly cut dark suit. Not a word was said as the lift creaked with crucifying slowness down to the ground. They stepped out and in silence crossed the foyer of the theatre, through the double doors and out into the street where Binkie’s Rolls-Royce with uniformed chauffeur was waiting. ‘May I give you a lift?’ asked Binkie courteously, but Doré was in such a confused state that he could only reply, ‘No, thank you, Mr Beaumont, but it’s unkindly common of you.’” (Richard Huggett, Binkie Beaumont: Eminence Grise of the West End Theatre, [1989])