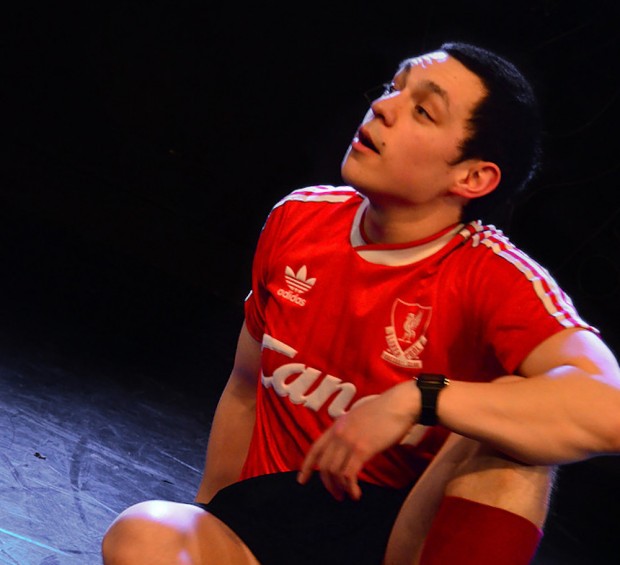 On the same evening that I saw Bitch Boxer, I also watched Luke Barnes’s Bottleneck. It explores the character of Greg, a 14-year-old who at first seems to be just a gawky Liverpudlian kid. Greg’s chief passion is Liverpool FC. Gradually, following clues such as the ready availability of the Sun newspaper and the cheap price of a Liverpool away game, you realise with a terrible sense of horror that he’s about to be involved in one of the biggest disasters in football history. Bottleneck is brilliantly written, genuinely funny, fraught and frightening, and here gets a masterly production by Steven Atkinson of the HighTide Festival, who directs James Cooney in the thrilling and moving drama. After the hilarious episodes of the start, the play changes gear into an emotionally true account of growing up. The language sizzles and leaps, and the ending is clear-sighted and unsentimental. It makes a good pairing for Bitch Boxer. Both of these two short plays, each running at about an hour, have in common the idea of individuals abandoned by bad mothers, but their antagonism to society is both expressed by and confined by subjective experience.