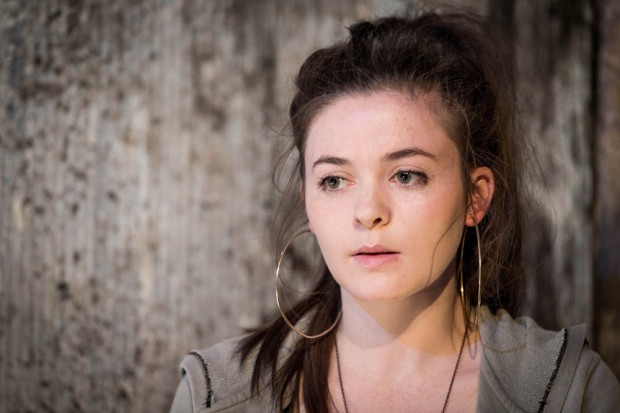 Last night I saw Shamser Sinha’s debut play, Khadija Is 18, at the Finborough Theatre. Its story sets out to powerfully remind us of the plight of unaccompanied child refugees in its story of Khadija, from Afghanistan, and Liza, from Eastern Europe, and their fears of being deported once their visas run out as they turn 18. As directed by Tim Stark, the piece has a gritty urban feel, but the energetic young cast can’t always distract us from its undynamic plot, which is more about sex and lies than visas and immigration, and the play’s ending suggests that you can’t win against the immigration bureaucracy. I always think that, however realistic, this kind of ending is the politics of despair which even this vivid picture of life in multicultural London can’t disguise. Written in the stage language of urban yoof, with its bruvs, innits and chills, this is proof that although young playwrights bubble with talent, the politics of their plays tend to be depressing. And dat’s a bit sad, innit?