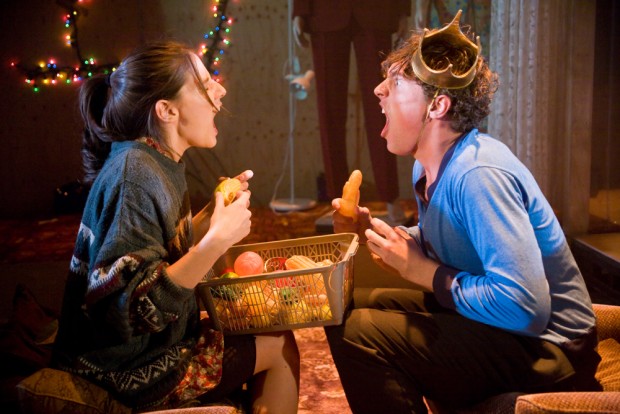 Enda Walsh’s 1996 debut, Disco Pigs, is a play that joyously gulps down cider and splashes about in beer. Last night, before I went to see the current revival at the Young Vic, I’d had some champagne, which might account for the shiny, glittering splendour of my experience of the play. Or it may be that it’s the play itself that extracts superlatives like a feaverish doctor taking the forceps to an unwilling birth. Anyway, it’s a fantastically demented but viscerally exciting story of a teen boy and girl growing up. Directed with real flair by Cathal Cleary, winner of this year’s James Menzies-Kitchin Award, it stars two actors — Rory Fleck-Byrne and Charlie Murphy — whose performances are thrillingly dangerous and full of character. With its pumping, pumping, pumping music and wonderfully ramshackle set, this is a great theatrical experience. Long live Enda Walsh, an in-yer-face writer with the gift of poetry.