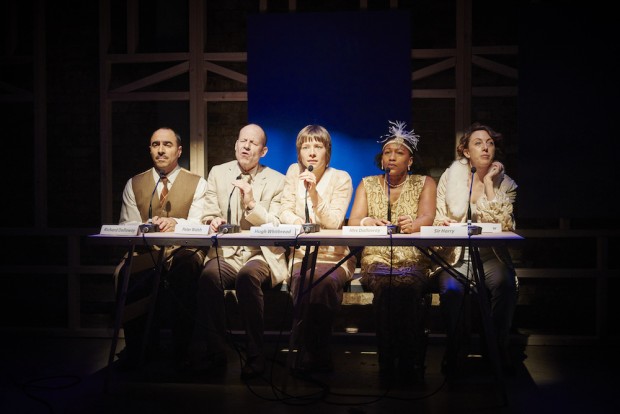 Since Virginia Woolf’s Mrs Dalloway was first published in 1925, its reputation as a brilliant example of modernist prose has grown by the decade. Written in a highly flexible style which uses the stream of consciousness technique to get inside the thoughts and feelings of its characters, it has a disarmingly simple story to tell. Set on one June day in 1923, it shows Clarissa Dalloway, the upper-middle-class wife of a Conservative MP, preparing to host an evening party for her friends and some London socialites. As she walks around the metropolis, buying flowers and making preparations, she thinks about the past, and remembers incidents from the past involving her best friend Sally and Peter, whose love she rejected. Both meet her again on this summer day. At the same time, Woolf shows what happens when Septimus, a shell-shocked first world war veteran, falls into the hands of the medical establishment.

The parallel stories of the privileged but troubled Clarissa and the comparatively poor Septimus, whose Italian wife Rezia is a hat-maker and who suffers from disturbing hallucinations, play against each other as Woolf questions mainstream definitions of sanity and mental collapse. When Septimus visits the renowned doctor Bradshaw, who is known to Clarissa and her husband (and who appears later at her party), his treatment is predictably unsympathetic. In those days, PTSD sufferers were told that they lacked “a sense of proportion”, and should, basically, pull themselves together. Bradshaw arranges for Septimus to be hospitalized, but will his patient agree?

Part of Woolf’s modernist project was to question established ways of representing character. Instead of the traditional solid and unchanging idea of a singular individual, she used all of her literary finesse to show how people are changeable, how character is fluid and fractured. As Hal Coase, this adaptation’s writer, says in the programme, quoting Woolf’s belief that all novels “deal with character”, “Mrs Dalloway grabs hold of this belief, pushes it and tests it: it asks us what constitutes a ‘character’.” This radically modernist notion of character as essentially decentered and disjointed presents particular challenges for any adaptation: how can a stage version achieve the same effects as the book?

Coase’s adaptation is very intelligent and sensitive to the novel’s stream of consciousness and its fractured and constantly shifting points of view. Anyone who’s read the original will recognize Woolf’s singular tone, her dense imagery and the way she gives different insights into her characters. If you don’t know the novel then you just have to go with the flow, allowing yourself to be immersed and swept along by the stream of consciousness and the jumble of feelings and memories experienced by Clarissa, Peter, Sally and Septimus. As well as Clarissa’s daughter Elizabeth. Some phrases are repeated: most notably variants on Woolf’s quotation from Cymbeline: “Fear no more the heat o’ the sun.” Similarly, in the background are heard the chimes of Big Ben, counting down the hours.

Running for 100 minutes straight through, Thomas Bailey’s production for Forward Arena is itself like a modernistic poem, full of vivid images and rapid changes of focus. I have to say that the writing is a bit more interesting than the production, which takes a while to warm up and is often a bit messy in its stage pictures. The introduction, when the cast talk informally to audience, is quite unnecessary, but in general the representation of Woolf’s individuals as essentially unknowable is successful. The best moments are the small scenes when a pair of characters — Clarissa and Peter, Septimus and Rezia — struggle to make a connection, and you feel a touch of tender humanity. For the rest, the choral narration is effective if rather cold, although the final party scene, here presented as a news conference with the characters lined up along a table, works very well.

Designer Louie Whitemore dresses the five actors, who all play one main character and several bit parts, in 1920s style, but there’s a nod to contemporary life with the addition of mobile phones, recording devices and an Oyster Card. The refreshingly diverse cast is led by Clare Perkins, who gives Clarissa a good sense of social gravitas, and Guy Rhys (Septimus), Sean Jackson (Peter), Clare Lawrence Moody (Sally) and Emma D’Arcy (Rezia) are similarly good. Although some incidents are played a bit inappropriately for laughs, the appearance of a silver Divinity of Proportion is a treat. As with current productions at the Yard and New Diorama, this enjoyably experimental version of Mrs Dalloway proves that a lot of the most energetic and imaginative theatre in London is to be found on the fringe.