Home » Blog » On the Wesker Celebration

On the Wesker Celebration 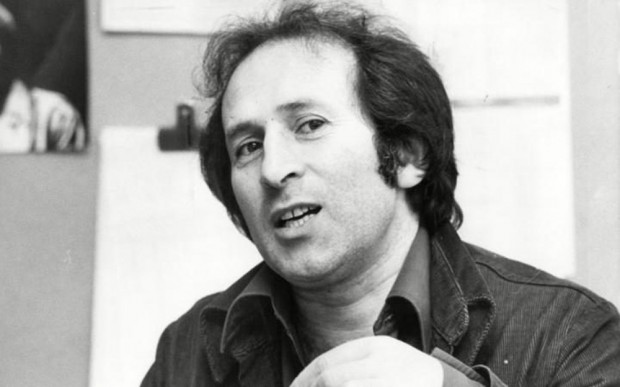 Yesterday, I was extremely glad to attend the Wesker Celebration, which was organised by playwright David Edgar, professor Pamela Howard and publicist Anne Mayer, at the Royal Court. As well as some real treats — Henry Goodman in Shylock, Ian McKellen in Chips with Everything and Mike Leigh on his “teenage hero” — there was a moving tribute to Arnold by his son, photographer Daniel Wesker. Similarly memorable were contributions by director James Macdonald (who directed the 2013 revival of Roots) and actor Frank Barrie (who played Archie Rice in the 1983 Wesker-directed revival of The Entertainer). And the event, which was hosted by Dominic Cooke (former artistic director of the venue) ended with Jessica Raine, who spoke Beatie’s final speech from Roots. Here is an extract: “But us count? Count Mother? I wonder. Do we? Do you think we really count? You don’ wanna take any notice of what them ole papers say about the workers bin’ all-important these days — that’s all squit! ’Cos we aren’t. Do you think when the really talented people in the country get to work they get to work for us? Hell if they do! Do you think they don’t know we ’not make the effort? The writers don’t write thinkin’ we can understand, nor the painters don’t paint expecting us to be interested — that they don’t, nor don’t the composers give out music thinking we can appreciate it. ‘Blust,’ they say, ‘the masses is too stupid for us to come down to them. Blust,’ they say, ‘if they don’t make no effort why should we bother?’ So you know who come along? The slop singers and the pop writers and the film makers and women’s magazines and the Sunday papers and the picture strip love stories — that’s who come along, and you don’t have to make no effort for them, it come easy. ‘We know where the money lie,’ they say, ‘hell we do! The workers’ve got it so let’s give them what they want. If they want slop songs and film idols we’ll give ’em that then. If they want words of one syllable, we’ll give ’em that then. If they want the third-rate, blust! We’ll give ’em that then. Anything’s good enough for them ’cos they don’t ask for no more!’ The whole stinkin’ commercial world insults us and we don’t care a damn.” Not only is this revelatory speech still highly emotive, it has also lost none of its original relevance.