Home » Blog » About Grasses of a Thousand Colours

About Grasses of a Thousand Colours 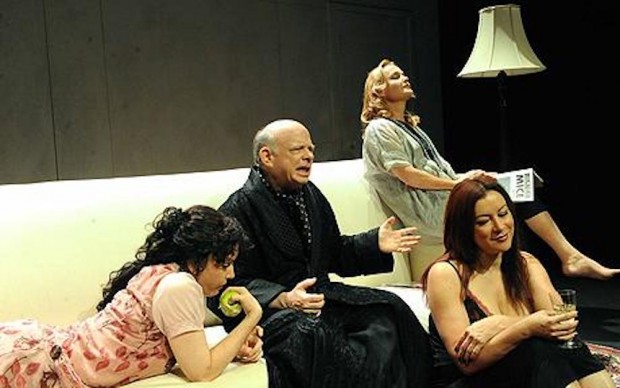 The trouble with blogs is that you tend to say the first thing that comes into your head. And that really isn’t always the most sensible thing to do. A few weeks ago, I openly confessed to not being able to get Wallace Shawn’s work, and not being interested in him as a writer. Since then, several people have protested that I was being stupidly insular and narrow-minded. Well, you know what? They were right. At least as far as Shawn’s latest is concerned. I went to the press night of his Grasses of a Thousand Colours at the Royal Court last night and was simply blown away by its imaginative brio, its confident storytelling and its fabulous mixture of love story and fairy tale. Although, somewhere near the end, I thought that the playwright might be in danger of explaining himself just a little too much, in general this is a sublimely written piece, full of real insight and exciting fantasy. With Shawn himself on stage playing the narrator, it’s certainly one of the highpoints of my theatregoing this year. And, as an unexpectedly fallout from the show, which is about animal spirits as well as human desire, I feel closer to my trusty Pirate Dog. Ah.