Home » Blog » About V for Vendetta

About V for Vendetta 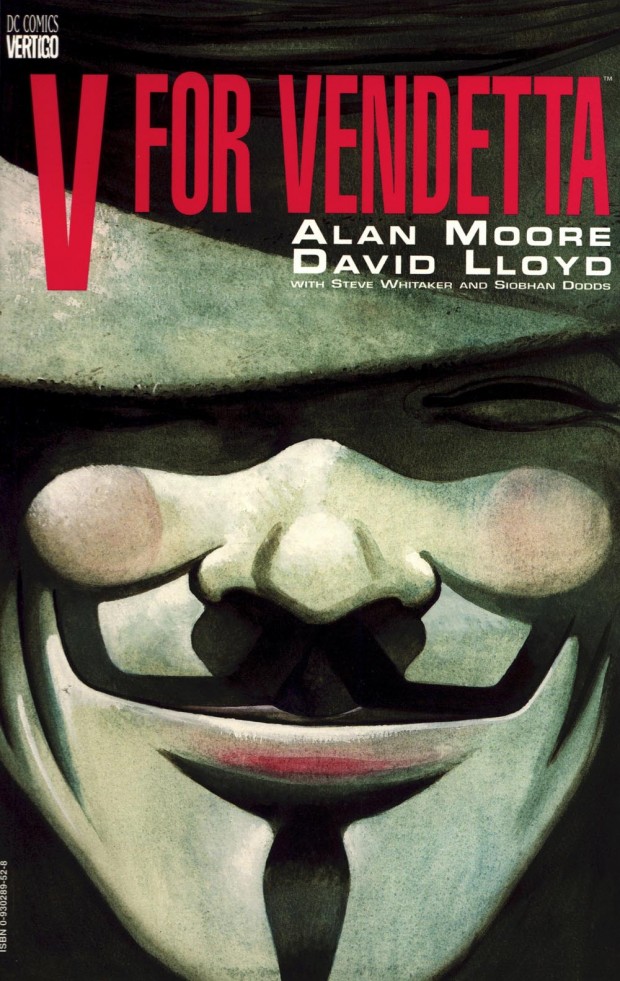 Everyone seems to have gone off to Edinburgh, but I’m staying in London this year. But, as there is so little good theatre on in August, I’ve had to occupy myself with other art forms. Having recently seen and enjoyed James McTeigue’s film version of V for Vendetta (2005), I thought I’d have a look at the graphic novel on which it is based. Alan Moore and David Lloyd’s V for Vendetta (1989) is a great yarn told in an appeallingly visual way, but what I like most is the ideas that are sprinkled around the text. For example, early on in this dystopic vison of Britain as a post-apocalyptic fascistic state comes the news that all culture has been abolished, with museums, galleries, theatres and cinemas all closed down. Since I’m one of those poor souls who get really anxious at the gigantic over-production of all things cultural — I mean, how can you keep up with all the best films, television and novels?, let alone the greats from the past? — this idea has a rough appeal…