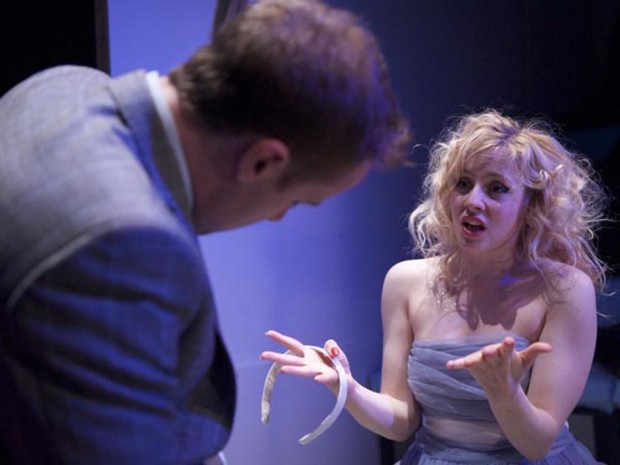 Sometimes body language says it all. At the press night of Penelope Skinner’s Eigengrau at the Bush last night, I was sitting opposite two of our most eminent critics, Quentin Letts of the Daily Mail and Tim Walker of the Sunday Telegraph. Because it was a traverse staging, I couldn’t help but notice that both these grey suits spent most of the play with their noses deep in the playtext. You have to admit, it’s a great image: two Oxbridge, public-school, Eng-Lit-besotted critics with eyes downcast, reading the play and ignoring the production which was going on in front of them! Of course, I can sympathise with them: the blow-job scene was pretty sad, and the self-mutilation bit excruciating. But you’d think they would have watched the rest! So, if you ever need a visual image of the nullity of so-called celebrity critics, just think of these two Tories with their heads bowed and eyes glued to the text!