Home » Blog » About The Contingency Plan

About The Contingency Plan 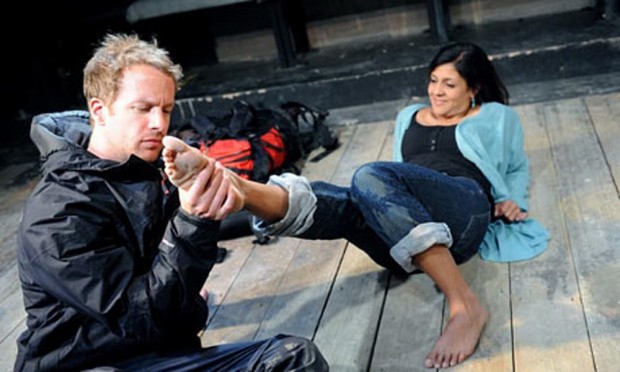 Pirate Dog is very sensitive to mood: he’s an empathetic beast, and he’s taught me a lot. For example, few reviews of Steve Waters’s excellent new double bill of plays about climate change, The Contingency Plan (Bush), have mentioned the empathy between the actors, and how the doubling of a couple of roles gives some scenes their memorable mood of excitement. In the first scene, the actors — Susan Brown, Robin Soans, Geoffrey Streatfeild, Stephanie Street — play a husband and wife, and their son, who’s visiting home with his new girlfriend. When they are all on stage at the same time, there’s a great dynamic between them. Then, in the second play, Soans and Brown play two completely different characters: Soans plays the rival of the character he played in the first piece, and Brown plays a government minister with a character which is the opposite to the housewife she played in the first play. When these two, plus Streatfeild and Street, are joined on stage by another actor, David Bark-Jones, the atmosphere really takes off. So much so that, in the next scene, you miss the actors who aren’t on stage. When all are finally united at the climax of the play, there’s a real sense of homecoming. That’s live theatre for you.