Home » Blog » About Seize the Day

About Seize the Day 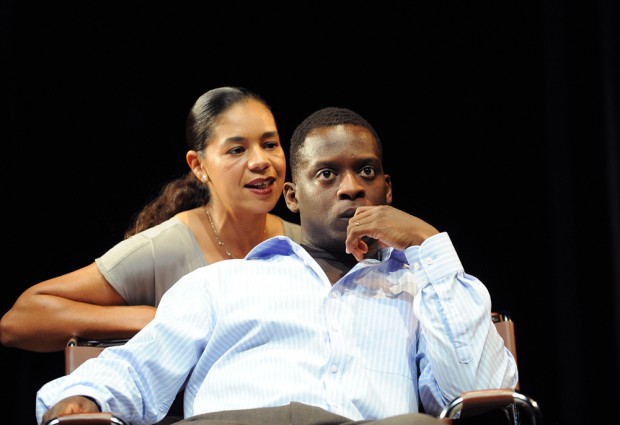 When you have a dog, it is sometimes worth staying out late — the licks your pet gives you when you get back are so hot! Last night, I finally saw Kwame Kwei-Armah’s new play, Seize the Day, part of the Tricycle Theatre’s excellent Not Black and White season. When I got back, Pirate Dog gave me a lovely greeting. It was a good end to a good night. At the Tricycle, the audience responded warmly to the show and the applause during the curtain call was heartfelt, celebratory. With good reason: the play dares to imagine a black man running for Mayor of London. And even though the character, Jeremy, finally decides that he doesn’t want the job, the play ends on a joke about a man of colour becoming Prime Minister. You could call it the Obama effect. As the actors finally left the stage, Kobna Holdbrook-Smith (who plays Jeremy) turned to the audience and gave a clenched-fist salute. Black power! Now Kwei-Armah likes to fill his plays with provocative ideas, and this one includes the statistic that 40 per cent of the London population now comes from an ethnic minority. So although it might seem sentimental to rejoice in a black power salute, who knows? One day this might be seen as a historic moment.