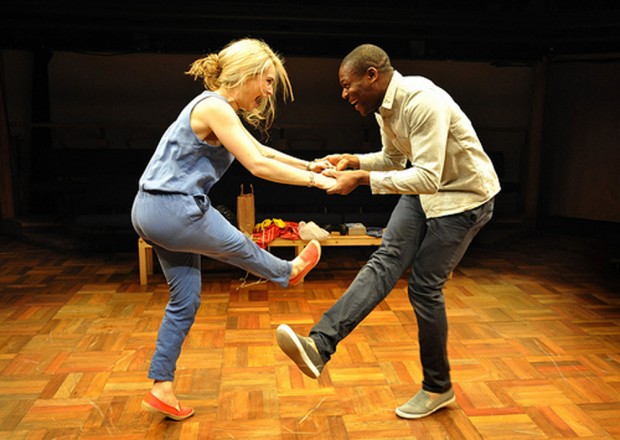 In a recent post, George Hunka argues against the imposition of narrative authority by playwrights who use a traditional form for telling their stories, one which kills off the audience’s imagination and lulls it into a collective feelgood doze. By contrast, enter the experimentalists, who challenge this simple story-telling: “those formal experimentalists who dispense with traditional narrative, in at least some cases, are engaged in the politically and metaphysically radical project of restoring meaning-making authority to the individual spectator rather than imposing that interpretation on an audience-as-collective.” His exemplars are the postmodern theatre-makers, such as Richard Foreman and Howard Barker, and, I would add, more recently Tim Crouch. But is this dividing line really so clear? Similar thoughts about the interpretation of narrative come to mind with the opening last week of Martin Crimp’s new play, Play House (Orange Tree), a series of rapid scenes which tell the story of some aspects of a young couple’s relationship. Because each scene is very short, and nothing is explained, the individual spectator is made to work very hard to understand what is going on. Yet, the narrative authority still lies with Crimp, and it does with Barker and Crouch in their work. Surely it is they that have created the stories that the audience is forced to accept, reject, interpret or flee from. Perhaps this opposition between traditional authority and radical experiment is not so clear or simple after all: doesn’t all artistic creativity force the spectator to make meaning, both individually and collectively?