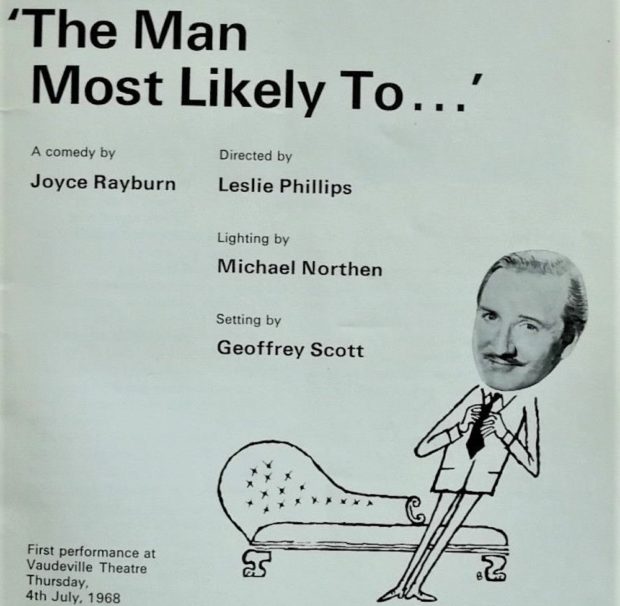 One from the archives: star actor Leslie Phillips had a huge West End hit in 1968 with Joyce Rayburn’s The Man Most Likely To…, a sex comedy which involved him acting opposite Ciaran Madden, an attractive actress straight out of RADA. During the subsequent nationwide tour the pair were thrown together, as Phillips recounts in his autobiography: “While we were all staying at the Knavesmire Manor Hotel, opposite York race course, I got to know Ciaran a little better. She was a very attractive girl, with fantastic spirit, but extraordinarily unprofessional. ‘I suppose,’ she said one night after dinner, ‘to get on really well with you I ought to get drunk and take all my clothes off.’
‘Do you seriously think the only way to get on in this business is to drop your knickers?’
‘Why — isn’t it?’
‘Not every producer or director feels he has droit du seigneur over the female members of the cast; I certainly don’t,’ I added primly, and with partial truth. And, hard though it proved to be, I never touched her.” (Leslie Phillips, Hello: The Autobiography, [2007])