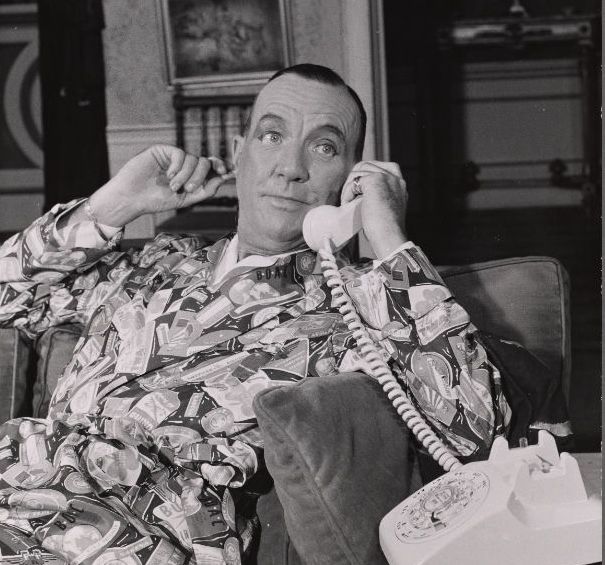 One from the archives: Philip King’s most famous play is the farce See How They Run. When it opened, in January 1945, London was still at risk from German bombs, and three V1 doodlebugs fell near the Comedy Theatre during the opening night, although everyone apparently stayed put. The following morning King, who was still in the RAF, went to the newsagents and bought a copy of every paper that had reviewed the show: “I went to my usual workmen’s café directly opposite RAF White City, and over a pint mug of tea and a Spam sandwich read the notices. They were marvellous! But, as I read them, I suddenly remembered the pictures I had seen of Noël Coward sitting up in a wonderful looking bed, in an even more wonderful dressing-gown, a silver tray at his side, reading his notices! And here was I… a pint mug of tea and a thick Spam sandwich. But what the hell? I had a success.” (Philip King, See How They Run, Greenwich Theatre, programme, 30 November 1978.)