Home » Writings » Martin Crimp and the role of the author

Martin Crimp and the role of the author 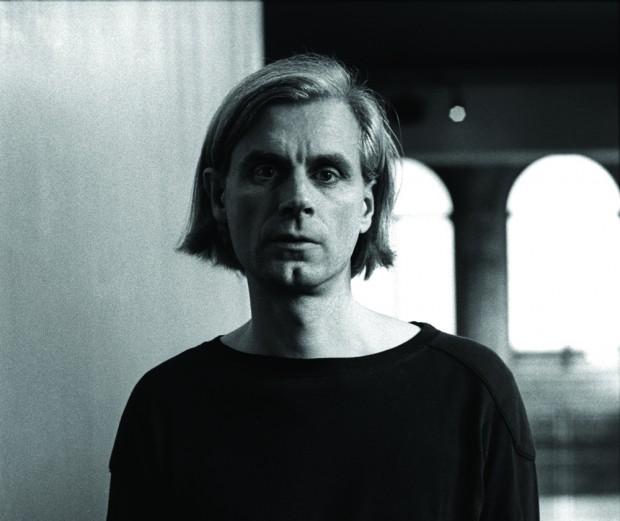 • The Critic is thinking about the role of the playwright in the play-making process. He remembers how the Writer, when he was helping to publicise his 1996 show, a contemporary version of Molière’s The Misanthrope, wrote a spoof encounter for the Observer newspaper between himself (in the guise of Mart) and the play’s original author (Mol). This poem ends with a piece of advice: “Respect the text. Avoid workshops and play-doctors./ Stay away from shows with helicopters./ Love and support the theatre. And fight as/ hard as you can for living writers.” Reading this now, it strikes the Critic as a manifesto. Yes, that’s right: the writer is king; directors are merely editors.

• The Critic then recalls an interview that he had with the Writer, in which the Writer explained that the Director played a vital role during the early drafts of his 1997 masterpiece, Attempts on Her Life. Since the Critic thinks that this is the Writer’s best play, he is forced to revise his view of playwriting. The penny drops. He now sees the director as a co-author.

• Thinking about it a little bit more, the Critic realises that the play, Attempts on Her Life — the one that impresses him so much — has two characteristics. When the Writer wrote it, he didn’t really know what he was doing. And, secondly, it is an open text, deliberately not specifying any settings, any characters or any plot. In other words, it is a gift to any director. This leads the Critic to two conclusions: one, if the writer is king then an open text is an abdication; and two, if the writer can get away with not knowing what he’s doing, the director certainly can’t.

• Empowered by her successes with other productions, the Director manages to persuade the Boss of the National Theatre to let her stage a tenth anniversary production of Attempts on Her Life in 2007. The Boss reads the play, but doesn’t really get it. Still, he agrees to a large main-stage production, a longer-than-normal rehearsal period and the backing of enormous technical resources. The result is a big-budget show, with multi-media effects. That’s power for you. Whatever you think about this revival’s aesthetics, one thing is clear: only the director has the power to deliver a really big production.

• In 2008, the Critic falls in love at first sight with the Writer’s new play, The City. It gets a wonderful production by the Director; especially memorable is the way in which its luminous actors manage to suggest emotional darkness. Six months later, the Critic chances on Paul Auster’s New York Trilogy. Wait a minute, aren’t these two works very similar? They both focus on the act of writing, on using a diary and on seeing the city as a character. In fact, the similarities between both these works suggest that neither Writer nor Director is in full control. Maybe all plays are just episodes in one huge unfolding literary canon: both writer and director are mere pawns.

• The Writer creates a word collage, titled blue, glimmer, as part of an installation by the Artist at the Dulwich Picture Gallery in south London. At a special event, in the summer of 2009, it is performed by a Star Actress and the Writer himself. So now the Writer is a performer as well! And both performers seem to have directed themselves. Have they no shame? What’s happening to boundaries? We’ve all heard of the death of the author; this must be a case of the death of the director.

• After seeing the Writer’s latest translation, in 2009, of Ferdinand Bruckner’s Pains of Youth at the National, the Critic chats with the Writer and finds out that he’s not happy with the title, which has been used for previous versions of this play. The original is Krankheit der Jugend, which means “the sickness of being young” so Pains of Youth has the wrong connotations: it sounds like adolescent growing pains. The Writer prefers his own title, The Discontented, especially as it echoes Freud’s Culture and Its Discontents. But the Boss vetoes this because he thinks a new title will confuse audiences. Then, when the Critic talks to the Director he discovers that the Boss isn’t content with the show either: why are some of the actors facing away from the audience? Why is the stage so dark? Although the show sells well at the box office, he is not pleased. In the end, however great the writer and director, the Boss is still, well, the boss.

• It is announced in that the Writer will direct his own play in 2012. It is called Play House, a quick-moving piece for two actors. The Writer finds directing an exhausting business, but his most important decision is to persuade the Artistic Director of his venue, the Orange Tree Theatre in Richmond, to allow him to hire a movement director. When the show opens, all the reviewers, including the Critic, are impressed by the movement of the two Actors. Sometimes the movement director is more important than either the writer or the director.

• For his latest play, also in 2012, the Writer asks the Composer to write the music for some satirical songs. He tells him that he has discovered his work for a Dutch production of Attempts on Her Life on YouTube, and that he likes it very much. So the Composer writes the music for the songs sung during In the Republic of Happiness. A CD of these is produced by the theatre, the Royal Court, so they can be enjoyed long after memories of the show itself have faded. Sometimes, the composer is just as important as the writer.

• The Critic attends a concert at Asian House in London. He greets the Artist and the Writer, who are also there. They all enjoy the performance of traditional Korean Music and Korean dance. To the Critic, it feels much more exciting than any theatre show. For him, it’s an Antonin Artaud moment. After it is over, the Critic whispers to the Writer: “For your next play, you should include the stage direction ‘Traditional Korean dancers cross the stage’ — that will challenge your director.” The Writer is silent. He remains inscrutable.

© An earlier version of this article appeared as ‘Writer or Director? The Case of Martin Crimp’, Contemporary Theatre Review, website special feature on the playwright’s work, 31 July 2014.