Home » Blog » About Turner and the Masters

About Turner and the Masters 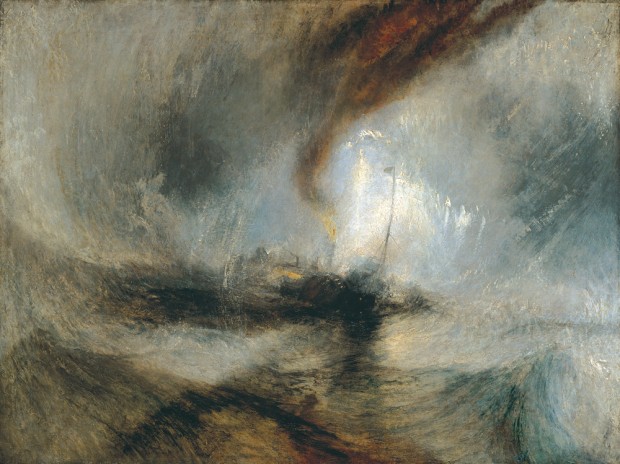 Pirate Dog always looks accusingly at me when I go out in the afternoon, so I had to endure the “where do you think you are going?” treatment when I popped out on Sunday to have a look at the new Turner exhibition at Tate Britain. Called Turner and the Masters, it displays a whole variety of his work next to paintings by old masters such as Rembrandt, Titian, Claude, Poussin and Watteau. While it is a real education of the senses to see Turner’s work alongside that of the painters who inspired him, this exhibition also draws you into a situation that is very contemporary — the implicit question it asks is: who is best? A bit like Reality TV, you feel you have to vote. With some painters, there is no contest: Rembrandt is better than Turner, even when the artists is just a “follower of Rembrandt”. Watteau trumps Turner. But comparisons with Claude or Poussin are less clear-cut, and one of the joys of this exhibition is hearing people discussing and comparing the work. Then, near the end, comes Turner’s masterpiece, Snow Storm and Steam-Boat off a Harbour’s Mouth (1842). Wow! After seeing how he would imitate, compete with, try to outshine the old masters, this is the moment when he definitively takes off into a new way of seeing. Great stuff! It is also a reminder that great art is not just a reflection of the world, it is a dialogue with other artists. In theatre, playwrights don’t just write about the society they live in, they also write in response to other plays.