Home » Blog » Toward a Future Theatre

Toward a Future Theatre 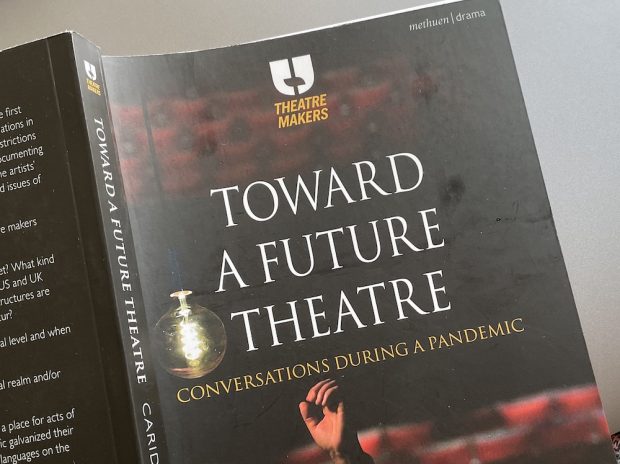 Quote of the day: “I started this book before these conversations came to light. It was late one night before the ‘end times’ of the COVID era. I was on Twitter. Yes, a rentier capitalist platform. But I was thinking about how I could treat the platform as a utility for something else: a writing project. One that would play with the language of address and attention. I wrote the words ‘Dear theatre’. After those words began a series of tweets that evolved into thousands of tweets — virtual letters sent to the intangible body of theatre writ large. Sometimes those short missives were taunts. Sometimes they were provocations. At other times they were caresses, and at others, they were dreams. Each missive unfolded onto the next in a nonlinear cyber scroll built on the praxis of hope.” (Caridad Svich’s Introduction to her edited collection, Toward a Future Theatre: Conversations During a Pandemic)