Home » Blog » About The Stock Da’wa

About The Stock Da’wa 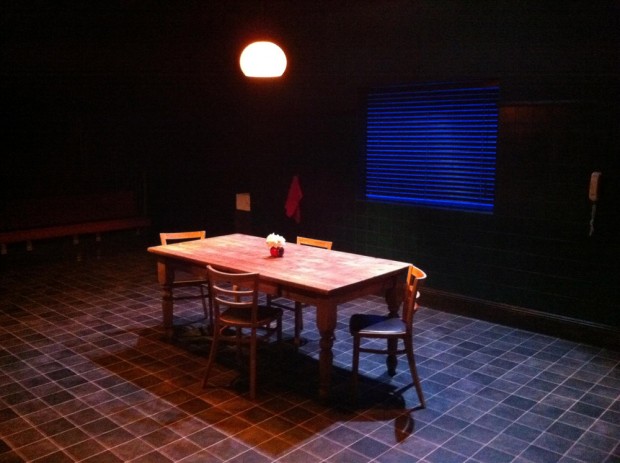 You won’t see any reviews of David Eldridge’s new play, The Stock Da’wa, in any of the usual places. This is because the Hampstead Theatre discourages critics from writing about the work it puts on in its studio space (arguing that it hasn’t had the same amount of rehearsal as its mainstage work). I’m afraid that I don’t really understand this policy especially as Eldridge’s drama is such a powerful, compelling and relevant piece. Its subject, the return of a British Muslim convert to his adopted family after years away, is exciting, illuminating and occasionally touches some very dark psychological places. It has a superb cast (Ann Mitchell, Robin Soans and Gary Shelford) and excellent direction (Kathy Burke). A mixture of taut family drama and state-of-the-nation play, it has at its heart a fierce tangle of twisted emotions and a real feeling for the portrayal of the emptiness of normal life in today’s Britain. It deals in ethics and morals. Okay, that’s the review — now go and buy your ticket!