Home » Blog » About She Stoops To Conquer

About She Stoops To Conquer 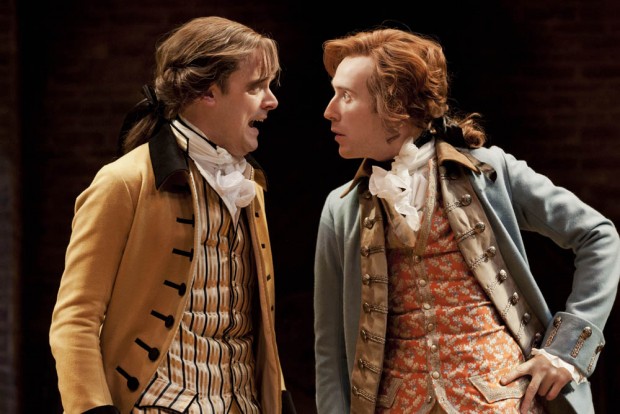 This week, She Stoops To Conquer, Oliver Goldsmith’s 1773 comedy of love and manners, opened at the National Theatre in a production directed by Jamie Lloyd. It has been greeted with rave reviews. But although Lloyd brings out the comedy of the piece, I was appalled by what I can only describe as his aesthetic of vulgarity. In this version of the play, the comedy comes not from the words but from acting which involves crotch-grabbing, arse-jutting, hip-thrusting and other gross gestures. Every move is wildly exaggerated. It’s slower than many other interpretations, bogged down as it is by musical interludes and some of coarsest overacting you are ever likely to see. Instead of rapid dialogue you get big speeches to the audience, with hugely exaggerated gestures and wildly ridiculous body movements. The performance style seems to have graduated from the school of Mr Bean, Blackadder and Bottom. The choice of exaggeration to stage this comedy robs it of any real human feeling and Goldsmith’s warmhearted romp becomes an outing fit mostly for demented schoolkids. All the sexual politics gets lost in the laughs, and the overall crudity of the production shows that the director simply doesn’t trust the play text. It all reminded me of Lloyd’s equally vulgar Salome for Headlong in 2010. But the audience and critics loved it. In an age of austerity, does the theatre only prosper when it embraces vulgar populism?