About The Deep Blue Sea 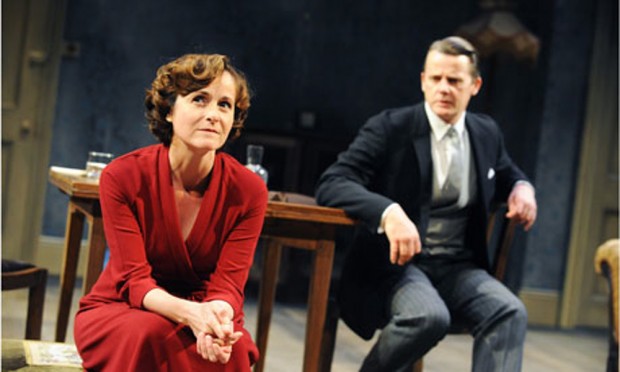 This week, I made a rare expedition out of London to see Terence Rattigan’s The Deep Blue Sea at Chichester, where Jonathan Church has programmed a cracking summer of great revivals — from Tom Stoppard’s Rosencrantz and Guildenstern Are Dead to Caryl Churchill’s Top Girls, the season looks like a complete course in postwar British drama. I’ve never really liked Rattigan’s work, which seems to me to be emotionally constipated, especially when you compare it to the best of John Osborne or Tennessee Williams. And the first act of The Deep Blue Sea, directed by Philip Franks, only confirmed this feeling: it is all clipped tones and unexplored emotions. But then the play really took off in the second and third acts, excavating painfully the inner life of the characters, their sexual anxieties and their sense of failure. I was won over. Yet I still have my doubts, not any more about the emotional fuel that powers the writing, but about the outcome of the play: the most noble way, according to Rattigan, for a man to behave is to renounce love. Remembering the National Theatre’s revival of After the Dance last year, where a similar psychological pattern was enacted, I can’t help feeling that this is one of the least appealing examples of the self-sacrificial but thoroughly selfish English temperament…