Home » Blog » About Inherit the Wind

About Inherit the Wind 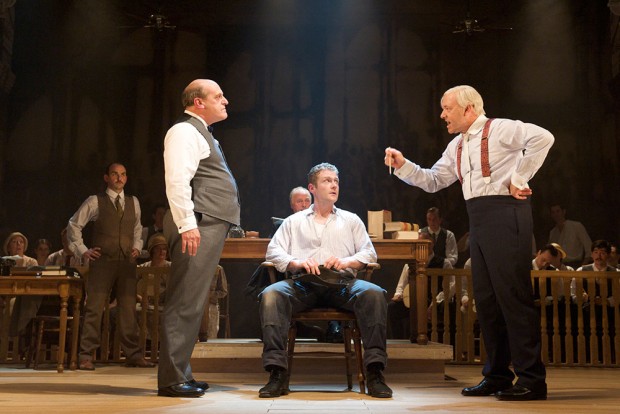 One of the good things about blogs is that they provide a fresh source of information about audience reactions to theatre shows. When I finally caught up with Inherit the Wind — a fictional version of the Scopes Monkey Trial of 1925 — at the Old Vic last week, I was delighted to see a little rhesus monkey make a brief appearance on stage. Like Pirate Dog, the monkey had an air of supreme indifference to the drama unfolding onstage, and played its part with a complete lack of stage-fright. According to the programme, it was trained by Amazing Animals and protected by the Dangerous Wild Animals Act 1976. And it did not piss or shit on stage. Still, the interesting thing about its appearance was the fact that a distinct ripple of excitement went through the audience, with the spectators nudging each other and whispering. In fact, for a short while, the monkey upstaged the humans. The play itself is a clunky old thing, but the audience gave a standing ovation to actors Kevin Spacey and David Troughton: a kind of mass adoration. And a reminder that stars exist because, in some almost religious way, the audience demands them. Needs them. Gives them its power.