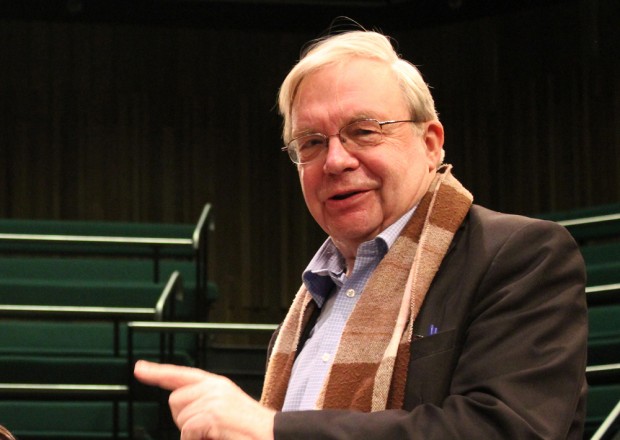 In a Guardian blog, the newspaper’s chief critic, Michael Billington, points out the fact that at yesterday’s Critics’ Circle Awards, fringe venues did rather well. True, the contributions of theatres such as the Finborough and the Bush (arguably not a fringe venue at all) were celebrated in a couple of categories (Most Promising Playwright and Most Promising Newcomer), but so, of course, was the dominance of the National Theatre in several others (the more significant Best New Play, Best Musical and Best Director). So while it is perfectly true that the fringe is important, it is even more true that the National is king. It is also interesting that the awards mainly value nostalgia: the best play, Richard Bean’s One Man, Two Guvnors, is set in the 1960s and is based on Goldoni, best actor is Benedict Cumberbatch in another adaptation, Frankenstein, best actress is Sheridan Smith in Terence Rattigan’s Flare Path (1942), best director is Mike Leigh for Grief, which is set in the 1950s. Most promising newcomer is Blanche McIntyre for Accolade, an Emlyn Williams play from 1950. Only the most promising playwright, Tom Wells, and best musical, London Road, are contemporary works. Is the best of British irredeemably locked in the past?