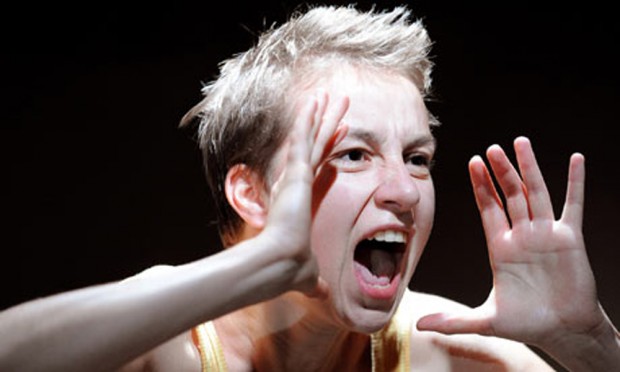 It’s August so it must be the silly season. One example: Ronald Harwood has just appeared on BBC Radio 4 to speak out against bad audience behaviour: slurping drinks, jangling ice cubes and talking to each other. Very annoying, I’m sure. But don’t let’s be too naïve. Harwood has his own agenda: he’s promoting the double bill of his plays, Taking Sides and Collaboration, in the West End. But what about the substance of his comments? Well, I’m in two minds (Pirate Dog raises his eyebrows skeptically). On the one hand, noisy audience members are a nuisance if they get too close to where you’re sitting; on the other hand, isn’t a lively audience part of the definition of a live performance? After all, if you want to watch a story in silence, the best thing to do is go into the middle of the country, shoot all the local wild life, soundproof your home and watch it on DVD. In the theatre, what’s the difference between a totally silent audience and a morgue? Not much. Live performance depends on audience participation, whether they fidget or are rapt with wonder. And it’s up to the performers to capture, and hold, the audience. In Christian Benedetti’s production of Sarah Kane’s 4.48 Psychosis, performed solo by Anamaria Marinca at the Young Vic, you can see how, at the start of the piece, she stares down the restless spectators. She wrestles them into submission. And she gets great support from Kane’s powerful text. Perhaps the bad news for Harwood is this: his plays are simply not interesting enough to force the audience to listen in silence.