Home » Blog » About Sweatbox and Blis-ta

About Sweatbox and Blis-ta 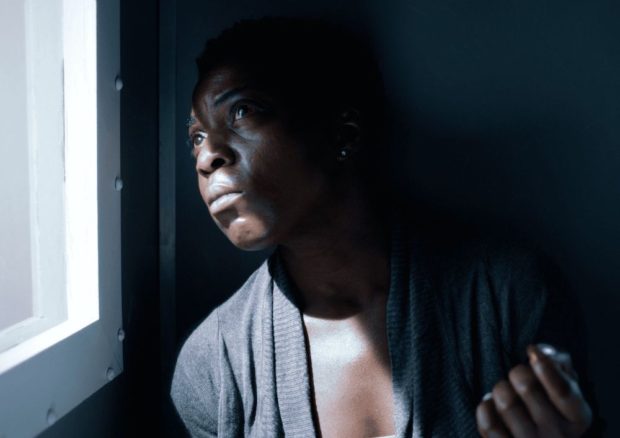 Although some theatres are tentatively and cautiously reopening, the creative vigour of other companies is undimmed. Clean Break, which works with women in the criminal justice system, has recently released a short film version of a piece of immersive theatre as well as an audio recording of another brilliant piece of new writing. Sweatbox is a 10-minute play by Chloë Moss, who has worked before with Clean Break, and it viscerally represents what must be one of the most intensely claustrophobic experiences. Three women are locked up in a prison van, which has stopped outside their place of incarceration, and they are deliberately made to wait for a couple of hours before being admitted to the building. This is to show them who’s boss, and the heat, sense of total confinement and absence of a toilet is both horrific and deliberately humiliating. This is a filmed version of a play Clean Break has been touring in a prison van for several years — to theatres, festivals and criminal justice settings. Funke Adeleke, Jade Small and Posy Sterling play Nina, Rachel and Steph with complete integrity and pent up passion. Needless to say, Rachel’s desperate “I can’t breathe” echoes through the piece. As directed by Anna Herrmann, and filmed uncomfortably close up by Sara Deane, this is powerful piece of advocacy — it’s bad enough that so many women are imprisoned for trivial offences; it’s a scandal that they are also tortured. Equally impressive, Blis-ta is an hour-long audio play, which was written by the late Sonya Hale, a long-term Clean Break member artist who died last year, so sadly never heard this terrific production. A torrent of language, explosively vigorous and torrentially emotional, it shows how Kat and Cherry, two homeless young women who meet on the streets, struggle to survive. They live rough in a waste ground quarry, then practically squat a house, look after its terminally sick resident, and manage to set up a brothel. There’s a vivid contrast between the fiercely fun Kat and the calmer and more vulnerable Northerner Cherry, and this account of their friendship, both warm and spiky, loving and argumentative, is completely convincing. Despite some moments of acute horror, this play celebrates female resilience in a life which is chaotic and frightening. Here there is the wildness of desire and the attractions of getting out of your head; there are sensuous passages and intense confrontations, bad moves and good plans. The pull of connection and the betrayal of trust. Yes, this is Blis-ta Sisters. Hale’s writing is full of energy and truth. Director Róisín McBrinn has a superb cast: Ambreen Razia (Kat) and Ria Zmitrowicz (Cherry), with sound design by Helen Skiera. The metaphor of a rollercoaster is a bit of critical cliché, but Blis-ta more than justifies this description, quickening your heartbeat, blitzing your mind and then dipping you into terror. Fabulous new writing.