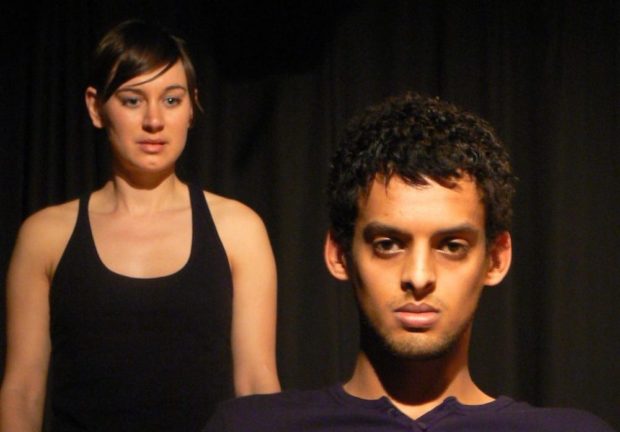 Last week I watched Sarah Grochala’s award-winning short play, S-27, now streaming from the website of the Finborough Theatre, where it had its 2009 premiere. It is inspired by the work of Nhem En, a photographer who took pictures of the victims of the Khymer Rouge’s fanatical regime at the torture centre of Tuol Sleng Prison (today a museum about the Cambodian genocide in which up to two million people died). Like all stories of human misery it is a hard watch, even though the playwright includes some brief sparks of hope in the darkness. Although Nhem En was a 16-year-old boy soldier at the time he started his grim work, Grochala’s protagonist is a twentysomething female, May, a professional snapper who has a tense relationship with June, her unskilled subordinate. Set in an old schoolroom, in a building that has been turned into a custody centre, the play has a tight structure: May is only allowed a couple of minutes to photograph each victim, whose exit is quickly followed by the arrival of the next (thousands perished in this prison). At first, the victims — scared, defiant or bewildered — pass through rapidly: one is a former police chief who bullied her family, another is a woman holding a child, a third is a relative. May has already been brutalized by the regime, killing her sister, so the only family she now has is the party. When Col, a former lover, appears in front of her lens, she has to decide what to do next. At just over an hour, this is a slender play with more pain than politics, more sadism than socialism. Despite some passages of good intense writing, with a couple of genuinely distressing moments, there is not much plot, so it has a static feel in which a number of incidents are strung out on a cord of agony. Director Stephen Keyworth and designer Olivia Ataras’s production for the most part ignores the Cambodian origins of the story, with everyone wearing contemporary clothing (party members in black singlets), suggesting that these horrors could happen here. Despite some improbable bits, the acting is uniformly good, with convincing performances from Pippa Nixon (May), Brooke Kinsella (June) and Tom Reed (Col). Once again, the Finborough punches well above its weight, making another compelling contribution to the brave new world of streamed theatre.