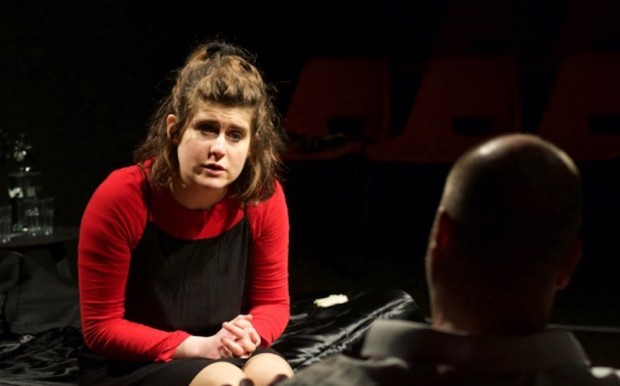 Last night I was in Tottenham Hale, watching a revival of Sarah Kane’s Blasted, first staged in 1995 and therefore more than 20 years old now. Despite this, and the freezing temperature of the venue, the Styx, I was struck by how well the work has endured, and how recent global disasters (Syria, Brexit, the refugee crisis) have only served to increase its relevance. This is also true because Kane’s debut is not only an in-yer-face drama, but a manifesto. In it she announced her artistic project: the interrogation of the great British tradition of naturalism and social realism. The latest revival, by RIFT, is a powerfully visceral account which implicitly questions the standard realism of most current theatrical representation by using projections of Kane’s stage directions instead of literal enactment of them, words like “gun”, “clock” and “window” on the props and walls, and most memorably by substituting a plastic bag full of water for the hapless baby. Part of this venue’s ’90s Season, the show is intelligently directed by Alastair Pidsley, whose brave and committed cast — Nigel Barrett (Ian), Verity Kirk (Cate) and Nima Taleghani (Soldier) — do Kane’s play proud. Despite the low budget, the integrity of the performances carry the show, and the terrific soundtrack is a definite plus.