The hunt for Sarah Kane 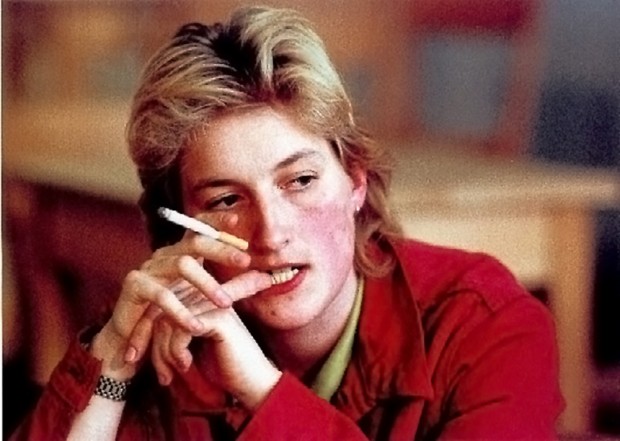 One from the archives: Sarah Kane was the enfant terrible of 1990s British playwriting. Her debut, Blasted, opened in January 1995 at the Royal Court in a production that included, in the words of Guardian critic Michael Billington, “scenes of masturbation, fellatio, frottage, micturition, defecation — ah those old familiar faeces!” Plus cannibalism and rape. The shockingly explicit sex and violence of the play provoked some critics and the opening night rapidly became a news story, as Anne Mayer, the Royal Court press officer, remembers: “It was the pre-mobile phone era, and the nearest phone was the red box immediately outside the theatre. [Critic] Jack Tinker of the Daily Mail was overheard by Charles Spencer of the Daily Telegraph, waiting to use the phone, as he phoned in his ‘Disgusting feast of filth’ review. Charles rushed back into the theatre to use the phone in my office. Within half an hour two photographers appeared at the cast’s postshow party looking for Sarah [Kane]. She was there but we all said she had left. My home phone was ringing off the hook when I got home at midnight and the next morning I found a journalist crouched under my desk. [Artistic director] Stephen [Daldry], who was in New York, flew home that day and by the time he got back the BBC Outside Broadcast van was parked in the alleyway, where it remained for two weeks. The Royal Court was under siege — phones ringing every second, interviews in every type of media, Sarah in hiding, the play instantly sold out. It was horrible but exhilarating too.” (Ruth Little and Emily McLaughlin, The Royal Court Theatre Inside Out, [2007])