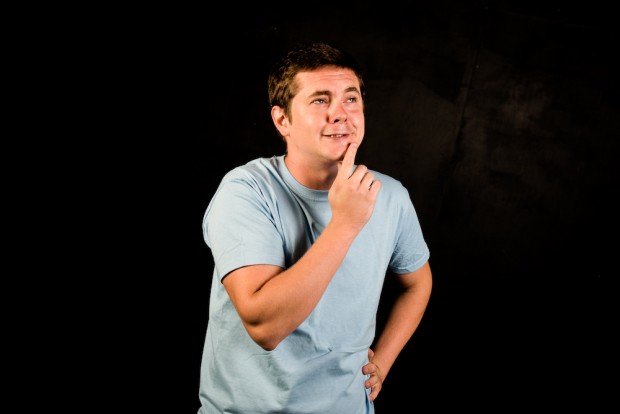 Philip Ridley is a master at exploring extremes of feeling on stage. The polymath playwright’s latest play to open in London, although it has already been seen in Edinburgh last year, is an 80-minute monologue which, once again, takes us by the hand, leads us to the edge and then throws us into an abyss of horror. This time, in a companion piece to his Dark Vanilla Jungle, his mouthpiece is Pramface’s Sean Michael Verey — who also starred in Radiant Vermin — and who this time plays a disturbed 15-year-old boy who has committed a horrible crime.

Donny Stixx is a boy with a mission to entertain. He loves being in front of an audience and, when you know a bit more about his background, you can see why. He’s a lonely boy with no friends and a rather fraught family life. He loves his mum, who won’t be called “Mum”, and is known to him as Yvonne, and hates his rather distant dad. But Yvonne is a very needy person and to bask in the sunshine of her love means that Donny has to mother her, look after her when she’s poorly and go along with her various passions.

But when illness visits Donny’s family home he moves in with his Aunt Jess, who lives in East London’s Bethnal Green. Staying with her, young Donny is able to exercise his desire to entertain by practicing his magic tricks, enjoying his performances so much that she suggests that he puts on some shows for the neighbours and friends. She even makes him a spangled suit to wear. In this way he meets Sharmi, another teen who is similarly needy and who has aspirations to be an artist. Together, the pair form an unlikely double act.

At his Aunt Jess’s place, Donny also meets his Cousin Eamon, who is in the army, and who loves nothing more than to drink beer with his mate Glenn. Donny doesn’t really like this loudmouthed pair, being more inhibited and withdrawn (almost autistic), than these lads. In fact, he’s the kind of boy who attracts bullying rather than respect. So when, one night, Glenn shows Donny where the pair have hidden a gun, the stage is set for a tragic ending.

The story powers along like a runaway car on fleetfoot fuel. Set in some kind of studio where the audience is encouraged to ask Donny questions, in a talk show format, Tonight with Donny Stixx beautifully balances the boy’s response to his tabloid-minded spectators, who want to know the most sensational details about his life and crime, with bravura storytelling that rushes through one incident after another with scarcely a pause for breath. But although the narrative is outwardly gobsmacking, with every incident heightened, the emotions remain grounded — they are excruciatingly real. Beneath its suit of glittering imagination, where a magic trick has the power to transport you to a different world, there’s a real throb of anguish and alienation. We start the evening with a child’s memory and end up in scary, frightening place. Rarely are feelings so frayed. Or flayed.

Tonight with Donny Stixx opens out into a universe of pain. But there are also laughs along the way, and some sharp insights into our current obsessions with celebrity, with interactive shows, with digital fame and with the state of teen life. At the end, you stumble out of the studio space of this new south London venue tired out by the piece’s emotional intensity, but exhilarated by the imaginative brilliance of it all. It’s hard to forget the revealing little details that haunt your memory of the story. It all remains with you like some vivid hallucination.

Directed with enormous skill and energy by David Mercatali, the play is pitched at just the right level of contrast and laceration. Verey is amazing. At one point, he is abruptly locked into a failing rapport with his audience; at another, he is a charming raconteur, telling the story of life with smiles and pride. One minute he’s trying to seduce us, the next he’s screaming abuse. It all feels very real. And dangerous. As the sweat pours down his face, he leads us to hell and back. With Ridley’s words powering the rocket, and him as the payload, it’s an unforgettable blast.