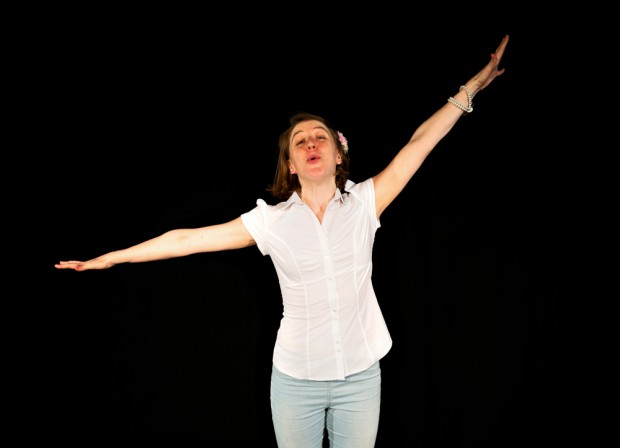 How do you explore extremes of feeling on stage? In cult pen-master Philip Ridley’s new play, a 75-minute monologue that won plaudits in Edinburgh last year, he takes us by the hand, leads us to the edge and then throws us into an abyss of pain. His mouthpiece is comedian and actor Gemma Whelan — who plays Yara Greyjoy in the television series Game of Thrones — and is now Andrea, a 15-year-old from the East End of London who is groomed for sex by an older man.

Andrea and her friend Emma are a couple of teenagers whose upbringing has not encouraged them to bask in the warming sunlight of good self-esteem. On the contrary, both come from a cold place of damage caused by parental indifference. So when they meet a pair of men, who in their eyes look gorgeous, they are bowled over. Welcome to a world of cocktails and clubbing, of fun nights out in glamorous venues. It’s great, but you just know that it can’t last.

And it doesn’t. Soon Andrea finds herself drawn into a pimp’s world of stoned sex and blatant lies. Abandoned by her father, mother, and finally left with her grannie, Andrea is so needy that she falls for all the oldest tricks in the seducer’s book. But unwanted pregnancy, threats of extreme violence and a chance encounter at a hospital send her tumbling over the precipice. This is a monologue that dramatises mental collapse.

The story roars along like a mad monkey on speed, with exaggerated gestures and amazing incidents all along the way. But although the narrative is outwardly gobsmacking, with every incident heightened, the emotions remain recognisably clear — they are excruciatingly real. Under its cloak of glittering imagination, where a piece of glass might be mistaken for a diamond or a dribble of spunk for a sliver of silver, there’s a real throb of despair and desperation. With an ending that is so extreme it rewrites the boundaries of the acceptable, this is a compelling piece of drama. Under an intense glare of raw emotion, the world starts to splinter into a burst of runaway psychosis. But intense suffering is repellent as well as fascinating. We start the evening with a child’s memory and end up in scary, really frightening place. Rarely are feelings so frayed. Or flayed.

This is why we need writers such as Ridley to take us to these dark crevasses of experience. Hell is a location that we go to unwillingly. Dark Vanilla Jungle opens out into a universe of pain. At the end, you stumble out of the hot studio space at the Soho Theatre exhausted by the piece’s emotional intensity, but exhilarated by the imaginative brilliance of the show. It’s hard to forget the gritty little details that haunt your memory of the story. It all remains with you like a vivid hallucination.

Directed with enormous vigor and passion by David Mercatali, the play is pitched at just the right level of contrast and laceration. Whelan is amazing. At one moment, she is a little girl lost, a naive teen; at another, she is a desperate youngster, lying, manipulative, on the skids. One minute she’s trying to charm us, the next she’s screaming abuse. It feels real. And dangerous. Her face, so soft at the start, becomes creased and contorted with agony. With Ridley in the tank, and her at the wheel, it’s an unforgettable ride.