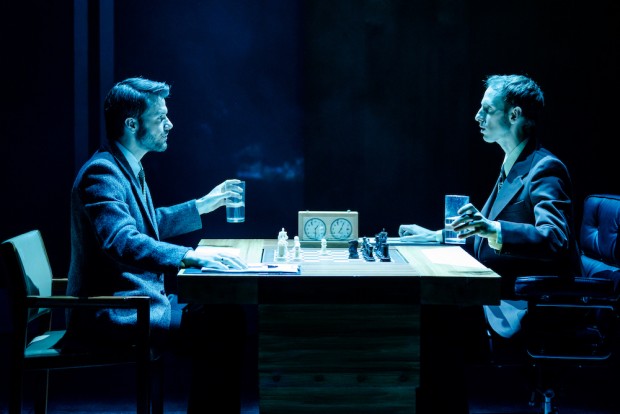 Today, we call it soft power. During the Cold War it was more like success at any cost — and by any means necessary. In the 1970s, both the United States and the Soviet Union used sport, as well as culture, as a weapon against the other side. So in 1972 the chess game between Boris Spassky and Bobby Fischer, billed as the Match of the Century, had to shoulder the weight of political expectations from both political systems. Held in Reykjavik, this World Chess Championship match looked set to become a major propaganda event for both West and East.

The match itself — played as a tournament in which each participant had to win 12 games in order to triumph — offered a contrast of playing style and personality. Both men were young, with the American not yet 30. Spassky, the slightly older reigning world champion, was cool, professional and immensely experienced. But, despite the fact that he wasn’t even a party member, he had to carry the Soviet legacy of more than two decades of dominance in the sport. By complete contrast, Fischer was a maverick: brought up by a single Jewish mother, he was erratic and eccentric, an unstable personality but a genius player, constantly wrong-footing his opponent. On stage, Spassky represents the solid Soviet style of state-sponsored sport and Fischer symbolizes the freewheeling free world ideology in its craziness as well as its creativity.

So the match is not just about playing chess, but also about the maneuvering that comes with a big international event. At first, Fischer refuses even to turn up — unless he gets more prize money. Then he’s unhappy about the lighting of the televised match; then he complains that audience members are sitting to close to him; then he refuses to have the match broadcast. He feels free to behave badly, and boy does he behave badly: at one point her even spits in the face of a match official. Despite his background, he is anti-Semitic, bad mannered and his breath smells (he has had his fillings removed because he doesn’t want any metal in his mouth). But he plays chess like a dream.

On the other side, Spassky cannot believe that his unpredictable and erratic opponent can play so well. Along with his retinue, he tries to plan future games, but without success. He begins to feel tired. Seeing that his opponent has an office-style high-tech office chair, he orders a similar model so that he can sit comfortably. But he still can’t win as often as he expects to. He begins to get paranoid: is someone tampering with his orange juice? Has his food been poisoned? Is he being irradiated by a laser beam fired from the audience? And his minders agree: they are victims of Western dirty tricks. Their apartments have been bugged. Spassky’s chair is transmitting instructions to its player.

Both Americans and Russians become increasingly paranoid as the contest continues. You can see why: there’s a lot of symbolism riding on this sporting event. With the United States bogged down in Vietnam they badly need a propaganda victory, so much so that Henry Kissinger no less talks to their man on the phone, silkily persuasive. On the other side, the Russian team sees their privileges as star representatives of the Soviet Union under threat: if they fail, they will lose travel permits and other perks. They might even be denounced as capitalist saboteurs. The irony, of course, is that both of the chess masters refuse to be pawns. They don’t much care about their countries — eventually both choose to live in exile.

You can see why Tom Morton-Smith, whose RSC Oppenheimer was a fine docudrama, has been drawn to the Spassky-Fischer match. It’s vivid, historically significant and says a lot about human beings: for example, it shows how being a champion can demotivate an individual, while also questioning why we allow, or even expect, geniuses to behave like louts. But, in his dramatization, Morton-Smith concentrates mainly on Fischer, devoting a lot of time to showing the different sides of his complex and troubled personality. By contrast, the urbane and cultivated Spassky gets much less attention. This does tilt the drama to one side, which merely perpetuates the idea that the Western style of playing sport — individual untamed genius — is somehow better.

Annabelle Comyn’s production, designed by Jamie Vartan and choreographed by Mike Ashcroft, has several exciting moments: the chess matches are shown as confrontations of physical movement, and the explanations of game playing are inherently interesting. But, for a novice, Morton-Smith fails to explain exactly how Fischer is so successful or how the tournament was scored. Still, the two central performances are compelling: Robert Emms plays play Fischer as the Chicago boy with a chip on his shoulder whose sense of inferiority fuels his passionate outburst — at times, Emms is mesmerizing. As Spassky, Ronan Raftery is at first perfectly calm, then increasingly suspicious. Gary Shelford plays an appealing Icelandic security guard, who is given the task by the playwright of explaining the play’s title.

For most of the drama’s three-hour running time, the faults of Morton-Smith’s text are not apparent, but in the last exasperating half an hour it becomes clear that he has been unable to manage the vast amount of research he has accumulated and which clogs the arteries of the story. The high testosterone content of the play, basically a competition between a bunch of men, is not really balanced by introducing Fischer’s mother nor by casting women to play some of the men. Morton-Smith’s tendency to explain rather than to show gradually makes an interesting historical event seem less compelling than it deserves to be.