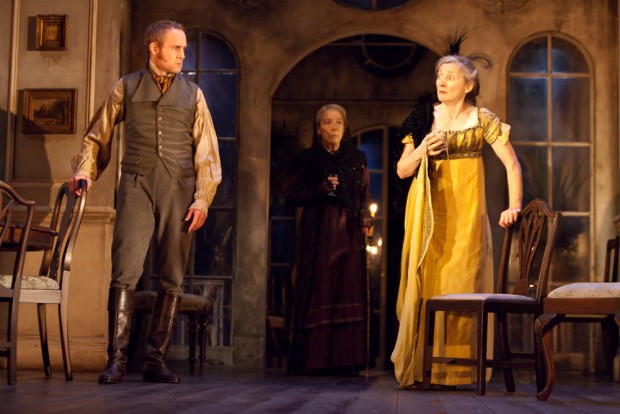 When things go wrong during a live performance, I usually experience conflicting emotions: an empathetic horror of being caught naked in public and a secret joy in witnessing the absence of perfection in the world. But sometimes there’s an additional feeling. Last night, for example, I was at the press night of Conor McPherson’s The Veil at the National Theatre. A few seconds into Act Two, in the run up to the onstage seance, the most dramatic scene of the play, the actor Jim Norton dried. He called for his line. A voice from the back of the Lyttelton Theatre provided it. He spoke it and moved on. But for a few dangerous moments, the stage was a shambles, with improvised lines and wobbly blocking. Yet, far from distracting from the drama, this bit actually enhanced it: watching things go wrong increased the tension of the scene — I was wondering simultaneously what would happen to the actors and what would happen to their characters. The additional feeling was heightened dramatic tension.