Home » Blog » About The Caretaker 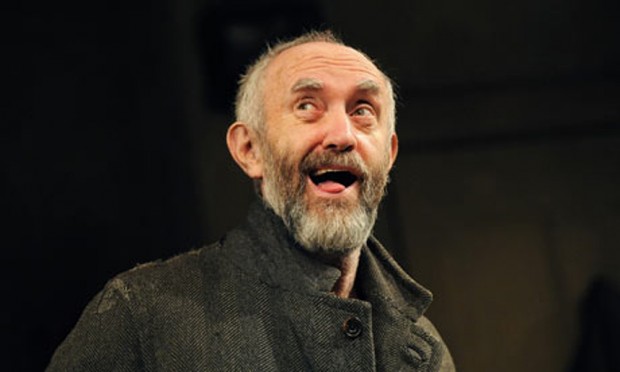 It’s always refreshing to see a show on an ordinary night rather than on a press night. So I enjoyed Harold Pinter’s The Caretaker all the more for having seen it at the Trafalgar Studios on a normal weekday rather than on its official press night. But it was not an altogether comfortable experience. Because the play stars Jonathan Pryce as Davies, it has been selling well, and the place was packed. This meant that the audience was tightly squeezed into the venue’s tiny seats so there was a lot of nudging and pushing around before everyone could get settled. To judge by the comments from people within earshot, most of the audience was not regular theatregoers, and there had evidently been brisk sales from the kiosk: the noise of sweets being unwrapped amused me as it contrasted so strongly with the spartan lives being portrayed on stage. Now I don’t mind theatre audiences behaving like cinema spectators, but it is a bit bizarre to be sitting next to an American woman who fell profoundly asleep in the second half, and then leapt to her feet to lead a standing ovation for the show. In this, as in so many similar cases, the audience seems to be clapping themselves as much as the performers.