About The New Electric Ballroom 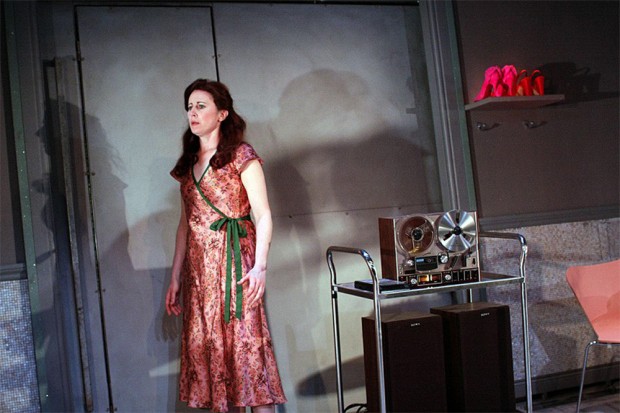 I have finally managed to catch up with Enda Walsh’s The New Electric Ballroom (2008), as it visits the Riverside Studios in London. As a great admirer of his work, and especially of the delicious craziness of The Walworth Farce, I was worried that this one might not have the same vivid impact. I mean, when you enjoy a play very much you always hope, however irrationally, that the same playwright’s next play will have a similar effect. In fact, The New Electric Ballroom — which is about three old sisters who look back at one failed romantic moment of their youthful selves — is very different in tone, deeper, bleaker, than The Walworth Farce. Hey, where’s this all heading?, asks Pirate Dog impatiently. Shut up, and listen. At one point near the end of the new play, the male character, played by Mikel Murfi, serenades the three sisters with a romantic ballad. At that moment, as the music played, although I knew, really knew, that the play would end tragically, I also experienced a sharp longing for things to turn out okay. Walsh had seduced me, made me forget the obvious, and made me hope for an outcome different to the inevitable: in the theatre, you can’t get a more electric effect than that.