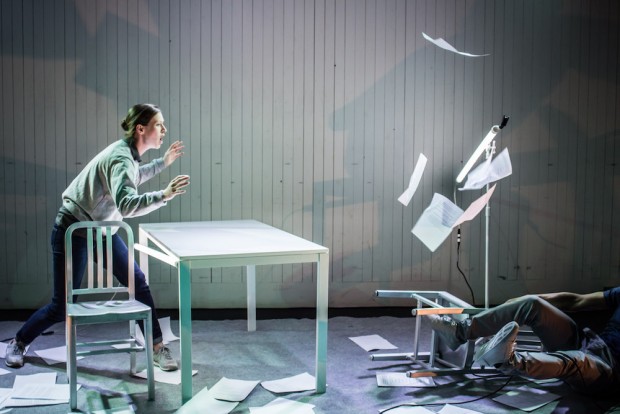 Favourite stage direction: “Heather is a play written for two actors, A and B. The two actors don’t play the parts as such, but rather deliver the parts to the audience. The fact of what the actors look like is sort of immaterial; indeed, in some ways the contrast between the voice in the play and the speaker in the room is the fun of it.” (Thomas Eccleshare’s Heather)