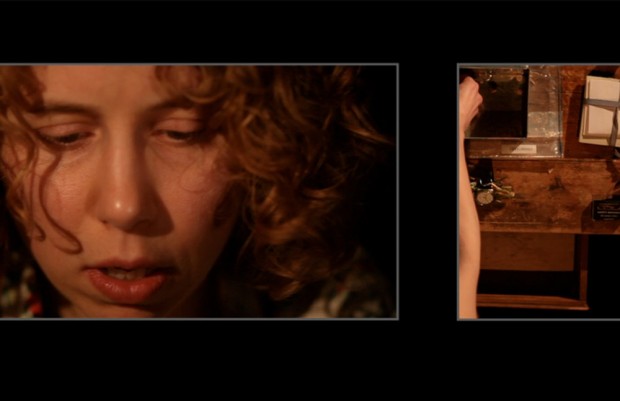 Normally I really hate being late for a performance, but very rarely it is an advantage. If you go to the Performance Galleries of the V&A Museum, you will probably arrive in the middle of director Katie Mitchell’s Five Truths, an installation which explores the madness of Ophelia by filming her death, which occurs offstage in Hamlet, in five different styles based on the work of legendary directors: Stanislavski, Brecht, Artaud, Grotowski and Brook. The five distinct versions play simultaneously, with two screens of different sizes for each interpretation, and last about eight minutes in total. Arriving in the middle of the performance — as I did last Friday — enables you to play the game of guessing which version is based on the work of which director. Actress Michelle Terry performs with enormous commitment; Leo Warner’s filming is brilliant. And the atmosphere of the space is pure magic.