Home » Blog » Dancing along the Avon

Dancing along the Avon 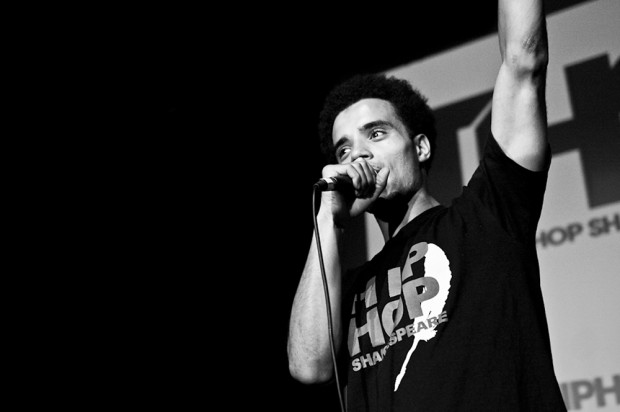 Last week, the charming hip-hopper Akala (a familiar presence on YouTube) launched the Hip-hop Shakespeare Company, which aims to explore poetry and lyricism in both contemporary music and traditional theatre. He’s got help from classical actor Sir Ian McKellen, and has had serious success in making the boring bard seem like fun — for adults as well as for the kids. Although my initial response was a deep sob, followed by a feeling that there is no area of life safe from the relentless march of hip-hop, Pirate Dog soon put me right. Have a look at his videos, he wisely advised: isn’t this just the kind of shot in the arm that the bard needs? Um, I do see his point: every age has to reinvent Shakespeare, and Akala both respects the text, and does manage to make the words seem fresh again. Not bad. If only Pirate Dog would ditch those cans…