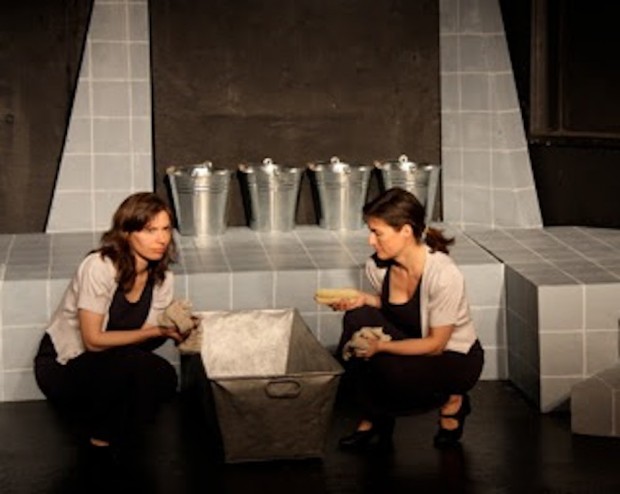 Of course, I’ve been a bit distracted over the past few days by the theatre of politics, which is not without its dramatic ironies: we were promised that if we voted Clegg, we would get Brown; in fact those who voted Clegg, got Cameron. They call it change… Anyway, sleep deprivation has also been a factor. But, last night, I managed to keep my eyes open for long enough to enjoy a spirited revival of Charlotte Jones’s Airswimming at the Hen and Chickens pub theatre. This was Jones’s 1997 two-hander debut, which I missed on its original outing, and it was great to catch up with this contemporary classic. This production, directed by Brenden Lovett, has excellent performances from Jane Dodd and Ellen Gylen as the two women incarcerated in a mental institution in the 1920s, and who survive into the 1970s by using fantasy — especially the songs of Doris Day — as a means of survival. It was great to hear Jones’s typically quirky dialogue and to see the stage light up as the women express their desire for freedom by literally air swimming… Lovely stuff, and as potent a metaphor for our society as you could wish for.