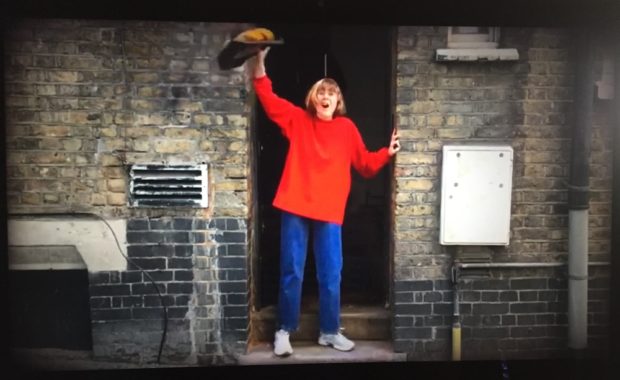 The problem with creating theatre in an era of lockdown is that the constraints of working online tend towards a uniformity of creativity. Almost every new story involves an online situation with a single character talking to their audience directly as if on zoom. On BBC Radio 4 a similar unimaginative banality now afflicts The Archers, which has become a series of dull monologues with no subtext or subtlety. But a few rare exceptions to this uniformity do exist. And some thrive. Foremost among these successes is polymath Philip Ridley’s series of new online plays, The Beast Will Rise. This is his response to the cancellation of his latest play, The Beast of Blue Yonder, which was scheduled to open at the Southwark Playhouse on 2 April. When this was impossible, the company came up with The Beast Will Rise, in which each cast member of the play performs one new monologue each week, for 14 weeks. We are well into this marvelous project, hosted on the Tramp Productions website, and the results are a delight. The shortest and most original of a great selection is River, which stars Lucy Gape and is about two minutes long, with one line of dialogue, and filmed outside. Despite, or maybe because of,  its length, it’s a real gem of an idea. All the rest are likewise brilliant, with superbly focused and convincing performances from Rachel Bright (Gators), Grace Hogg-Robinson (Zarabooshka), Charlie Quirke (Chihuahua), Nat Johnson (Origami), Mirren Mack (Wound) and Unique Spencer (Telescope). The longest and most well developed is Eclipse, in which Mike Evans plays a posh gent, a former teacher of creative writing and the history of art, who while sipping tea and munching biscuits, tells a “veritable rollercoaster”, wink, of a story which mixes current anxieties about the pandemic with evocative echoes of The Handmaid’s Tale. Beautifully directed by Wiebke Green and filmed by Jack Silver, it is a wonderful experience, delicately paced and sizzling with ideas and emotional truths, which quietly emerge in a piece of sublime storytelling.