Home » Blog » About Borders in a Bedroom

About Borders in a Bedroom 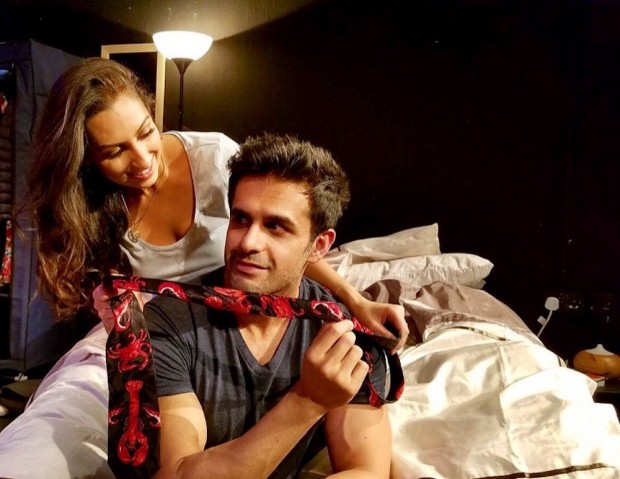 A couple of nights ago, I was at the Tristan Bates Theatre, watching Borders in a Bedroom, a new two-hander by Shivali Bhammer, about a British Hindu woman (Bhammer) and an American Muslim man (Shez Sardar). They’ve been together for two years and live in a cramped New York apartment. We meet them as she celebrates her birthday, and the couple discuss their different ideas about love and prejudice. The writing is bright, perceptive and intelligently tackles issues about racial and religious disparities: at one point, she gets so angry that she even suggests that, because he’s of Muslim heritage, their kids will grow up as terrorists. But before they do, they have to decide to have them: he’s keen to start a family while she isn’t so sure. “Am I just an egg-producing machine?” she demands in one the most passionate speeches of the evening. And one which was greeted with applause from an audience which was young, female and mainly Asian. Directed by Celine Rosenthal, this is a short and slender work, but the playwright shows great promise.