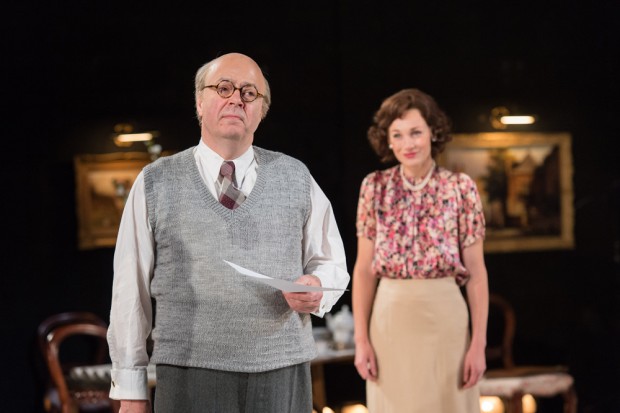 Playwright David Hare is one of the great chroniclers of Englishness. This is clear from his recently published memoir, The Blue Touch Paper (Faber). Looking back at his childhood in Bexhill-on-Sea, he describes the repressive nullity of postwar suburbia, with its judgmental and oppressive disapproval of anything foreign or arty, in a completely recognisable way. Yes, these people are us. Definitely. He was a scholarship boy at Lancing public school, where he met Christopher Hampton (and later used the place as inspiration for his 2011 play South Downs, a rare excursion into autobiographical drama), and then went to Cambridge.

There is also something quintessentially English about Hare and a group of graduates setting up the Portable touring theatre company in 1968, and his relationship with John Osborne, gatekeeper of the Royal Court tradition of new writing. Some of the best passages of the book focus on the first productions of his 1970s work: Slag, Knuckle, Fanshen , Teeth ’n’ Smiles and Plenty. And there is something quite moving about his early discovery that, in order to write, he had to let go: “Because I was no longer in command, I was able to stop worrying about the effect of what I was doing.” Yes, the liberatory effect of releasing your subconscious is so very 1960s.

In Hare’s latest play, however, the conscious hand of the playwright is much more in evidence. The Moderate Soprano tells the story of John Christie, an eccentric English businessman who in the 1930s decided to build an opera house next to his house and garden in Sussex, thus creating Glyndebourne. But he didn’t do it alone. Apparently, he was a virgin until his late 40s, when he met, wooed and married Audrey Mildmay, daughter of equally eccentric parents (who didn’t marry until she was two, and who then moved to Canada, her father working as a vicar and a classics professor). Audrey had musical talent, but her rather thin timbre led to her being called the moderate soprano. As her husband John says, “Moderate here meaning gentle, not second rate.”

If Audrey was John’s muse, inspiration and diplomatic helper, the essential component of opera at Glyndebourne came from a very unEnglish place: Nazi Germany. In the play, three exiles from Hilter’s regime prove instrumental in setting up the artistic programme of this astonishing private initiative. They are Fritz Busch, the conductor who refused the Fuhrer’s offer of Bayreuth, Carl Ebert, ex-actor and opera director (and implacable opponent of the Nazis), and Rudi Bing, whose experience as a theatre manager proved invaluable to the Christies.

Hare tells the gently amusing story of the culture clash between John — a First World War hero who had refused a gallantry medal, who once worked as a science master at Eton and who ran a highly profitable building business — and the German creatives he met by chance when Busch’s brother was fogbound in Eastbourne. The Englishman’s vision of staging Wagner’s huge Parsifal as his festival opener is countered by the team’s more pragmatic decision to start with Mozart, which was better suited to the small stage and facilities of the venue.

The emotional depth of the story is provided by Hare’s account of the relationship between John and Audrey, who is shown as a key and most tactful negotiator, but also as a fragile artist, unsure of her own abilities. John’s insistence that she is given a part in Glyndebourne stagings provides a couple of strong scenes. Several leaps forward in time from the 1930s to the 1950s show the gruelling effects of an operation to remove her spleen, and her collapsing health. The sadness of these episodes balances the comedy of the rest of the piece.

Although the story of Glyndebourne, which shows the vital role of refugees in the creation of British art, has some contemporary resonance, this 105-minute play is less biting, less angry, than some of Hare’s other work. The only moment of social criticism comes when Audrey is furious with a 1952 newspaper article headlined “Snobs on the Lawn”. Instead of critique we get a humane portrait of the lovable but exasperating John — who as a big landowner treats artists as if they were gardeners — and an affectionate account of Englishness. And its paradoxes. For although John can be crass and insensitive, he also has a real vision of the transforming power of art. At the same time, this is also a tale of private enterprise versus state provision.

Delicately directed by Jeremy Herrin, on Rae Smith’s evocative stage (with its theatrical drapes and English countryhouse furniture), the evening is lit up by two extraordinarily sincere and believable performances by Roger Allam as John (bullish, brave and in his own way brilliant) and Nancy Carroll as Audrey (quietly determined and yet emotionally brittle). Charming support comes from Paul Jesson (Busch), Nick Sampson (Ebert) and George Taylor (Bing). It’s a very English account of a very English institution.