About The Browning Version/South Downs 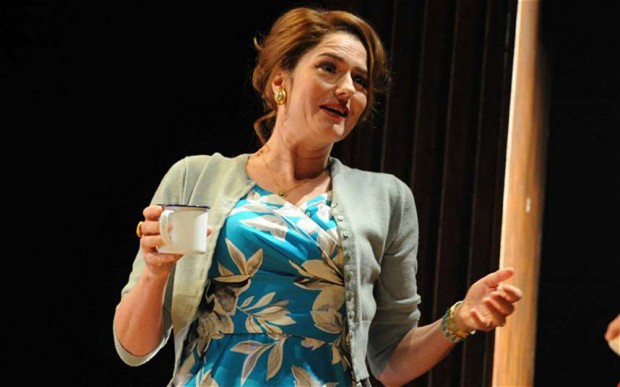 Because it’s such a collective experience, theatre is a good place in which to think about national identity. And, although the commercial West End is dominated at the moment by easy farces and feelgood musicals, aimed to cheer us all up in the new age of austerity, a couple of new plays, both transferring from the state-subsidised sector, say a lot about national identity. Perhaps the most traditionally English of English playwrights was Terence Rattigan, a man whose upper-class charm and reticence are evident in every word of his work. In this production, in which his one-act The Browning Version (1948) is teamed in a double bill with David Hare’s new short, South Downs, both plays are set in that quintessentially English institution, the boys public school. The Rattigan play is a classic about how a retiring classics master, Crocker-Harris, reacts to an act of kindness from Taplow, one of the boys, and to an act of malice from his wife. It is a story of failure, endurance and humanity, which is beautifully constructed and deeply moving. Hare’s South Downs is set in 1962 and matches it in restraint, understatement and humanity. In both plays, an act of kindness is a game-changer. This double bill has a complex politics. In Rattigan’s play, Crocker-Harris momentarily triumphs over the school Establishment and in his self-assertion he finds a reason to carry on living. In Hare’s play, the central character, a boy named Blakemore, represents the awkward adolescent in the early 1960s, interested in resistance and revolt — he reads Camus and Sartre — but unable to make relationships easily. In both plays, the traditional side of the national character — its cool, endurance and sense of fair play — are shown to be the characteristics of a prisoner in a prison of conformity. The double bill is directed by Angus Jackson (Rattigan) and Jeremy Herrin (Hare) and the strong cast is led by Nicholas Farrell as Crocker-Harris, Anna Chancellor as his wife and as a prefect’s mother in South Downs. Alex Lawther plays Blakemore with skill and ease. As long as we have public schools, English national identity will be moulded by their products.