The Master and Margarita, Barbican Theatre 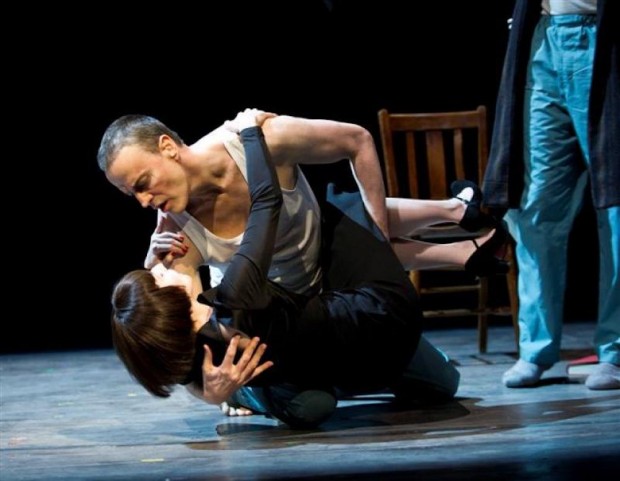 Innovation and experiment in form are at the cutting edge of British theatre. But this takes many different forms, from developments in new writing to the use of diverse digital media. So we end the old year with one instance of thrillingly innovative contemporary theatre, which is a perfect example of an older writer who remains open to experiment: Simon McBurney’s thrilling adaptation of Mikhail Bulgakov’s classic novel, The Master and Margarita (1940), first seen here at the start of the year.

It’s a chilling, darkly comic allegory about Stalinism and a work of impressive imagination that shows the devil and his retinue, including a talking black cat, paying a visit to Moscow in the 1930s. They amaze the master, an author, and his love, Margarita (the nod to Goethe’s Faust is deliberate) with their prediction that Berlioz, another Russian writer (not the composer), will die in grimly hilarious circumstances. The tale then pops into a lunatic asylum and spirals out of control into devil worship and redemptive love. The Master and Margarita is also a meditation on Pontius Pilate, Jesus and Christian values, written during an era when the Bible was banned in the USSR.

As written by McBurney, and performed by Complicite, this is an evening of superb visual images and startling changes of gear. The story is clearly told using video projections, superb lighting and great music, including the Rolling Stones and Shostakovich. Starring Paul Rhys as the Master and Susan Lynch as Margarita, this is a very long evening that reproduces the novel’s rather rambling character. Yet there are also moments of great wonder.

The set shows a dreary apartment block which turns into a google map of Moscow, which then vertiginously throws you down to ground level. The cat Behemoth has shining red eyes and a mischievous demeanor. Severed heads appear to talk. And the satanic party deftly avoids clichés and predictability. Yes, despite cuts, British theatre remains both imaginative and innovative. So far.