My Mother Said I Never Should, St James Theatre 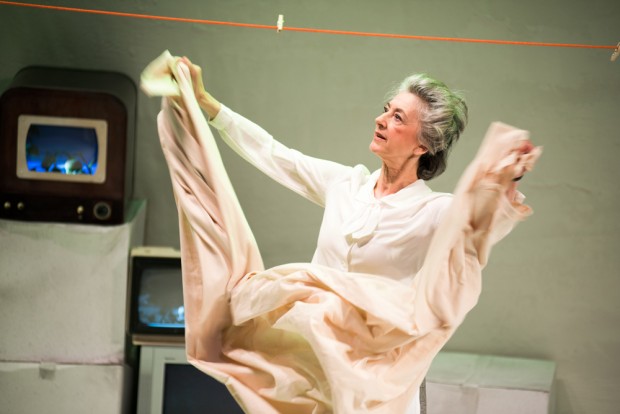 Charlotte Keatley’s 1987 feminist classic is one of the most often performed plays by a woman writer. It is typical of its time in that this story of four generations of women in one family not only explores the theme of mothers and daughters, but does so with an innovative and experimental approach to theatre form. This revival by the ever-enterprising St James Theatre stars national treasure Maureen Lipman, along with Olivier-Award winner Katie Brayben, who created the lead role in Beautiful: The Carole King Musical.

The plot of Keatley’s play has a lovely elegance: Doris, who was born out of wedlock in 1900 (at a time when this was a cause of shame) gives up her ambition to be a teacher in order to marry. She has a daughter, Margaret, who marries Ken, an American, and the couple also have a daughter, Jackie, who becomes an art-loving hippy in the late 1960s. When she becomes pregnant, the question arises: who will look after her daughter, little Rosie? Apart from the fact that only women appear on stage, what is so impressive about the play is the fact that this family saga is told using a fractured form, in which the scenes jump forwards and backwards in time.

Yet the story is never unclear. Or confusing. Added to this fragmentary form are interlude scenes, set in a waste ground, in which all four generations of women defy time and biology to meet as children. These scenes are fantasy episodes in which all of the women can interact while being children at the same time, thus giving us an insight into their deepest fears and desires. The ages of the girls are significant: Doris, normally the oldest woman on stage, is now five, the youngest; Rosie, Jackie’s child, is eight, while Margaret and Jackie are both nine, older than her but the same age and thus in a symbolic way equal to each other, and the most “adult”.

This is a play in which the currents of emotion run slowly, but very deeply. As well as having an appealingly unromantic and indeed sceptical view of marriage, it also shows how mothers will sacrifice their lives for their daughters, but then feel nothing but anger and resentment about the result. Keatley also shows how daughters can feel a strong pressure to “do better” than their mothers, a kind of inter-generational competitiveness that sucks the life out of love. In this drama the phrase “I told you” can sound like a whiplash. In fact, there is enough bitterness in this story to flavour a whole party tray of cocktails.

Keatley writes with an acute ear for the rhythms and rituals of female domesticity, and she keeps a tight hold of subtext, humour and perceptiveness. There is as much here about the sense of loss that comes with growing up, as there is about the guilt of parenthood. It is also a play in which family objects, such as a radio or a dress, often contain an emotional sting: in this world the sudden appearance of a little red sock can make you cry.

Paul Robinson’s production is a bit scrappy and a bit too shrill for my taste, although his cast hit all the right buttons when emotional depth matters. Maureen Lipman (Doris) turns in a quiet scene-stealing performance, being dry, wry and showing off her consummate sense of comic timing. Her stage presence dominates the show. Caroline Faber (Margaret) explores the mix of pathos and resentment in her character, while Katie Brayben and Serena Manteghi (as Jackie and Rosie) show how family feelings echo down the generations. Signe Beckmann’s abstract set, with its video projections of historical context by Timothy Bird, allows the play to develop fluidly, even if the waste ground scenes are not very convincing. But the most moving passages work well, and it’s easy to conclude that this show is a winner.